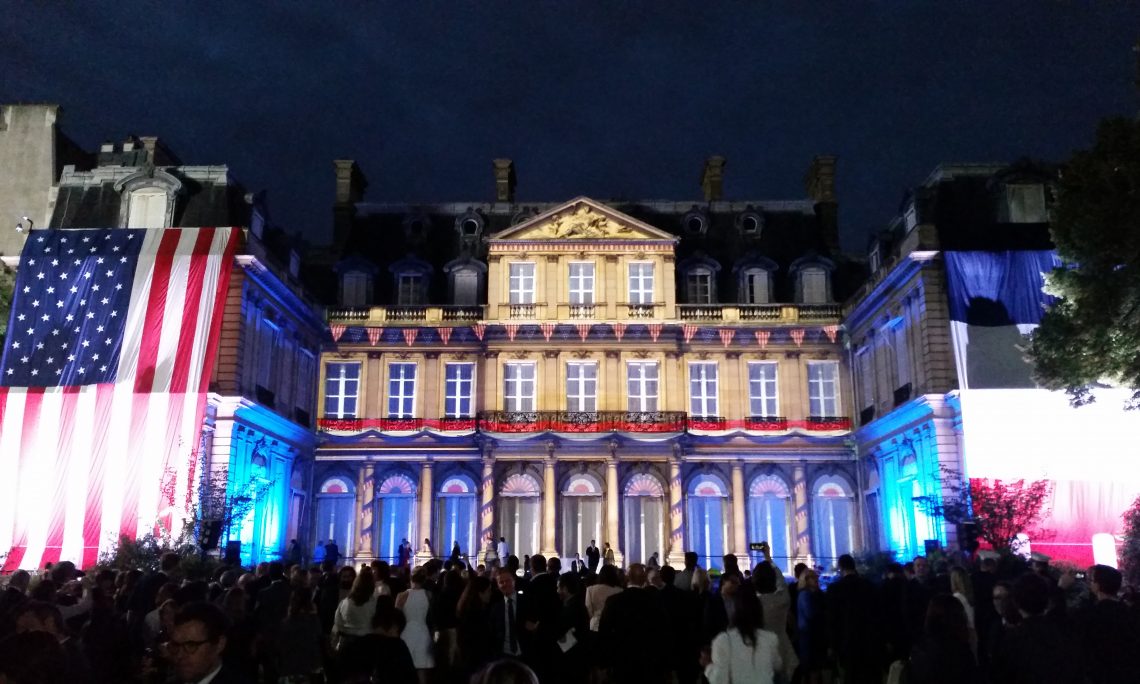 This year, the culinary arts element of the festivities was a celebration of Franco-American friendship and consisted of thirty-four chefs, working with exclusively American products and in cooperation with the Ferrandi and Santos Dumont hotel schools.

We would like to thank the Blois-Agglopolys Library and the community of Blois for allowing us to display an extremely rare series of historical documents that served as the blueprint for the American Constitution.

During the program, singers Carole Merys, Nicole Taylor, and David Hines sang the Marseillaise, the Star-Spangled Banner, and God Bless America. It was our pleasure to welcome Carole King as the Guest of Honor for the evening. And we would like to thank the Wings of Dixie as well, the USAFE band who played throughout the night.

In her remarks, Ambassador Hartley emphasized the shared values between France and the United States, the two working “hand-in-hand to fight the scourge of terrorism, and to promote peace, equality, and tolerance throughout the world.” Anthony Sadler, Spencer Stone and Alex Skarlatos, the three Thalys Heroes, were present with Ambassador Hartley and Ambassador Nix-Hines. They made direct homage to their heroism.

The evening concluded with a spectacular Disney sound and light show projected on the façade of the Residence.