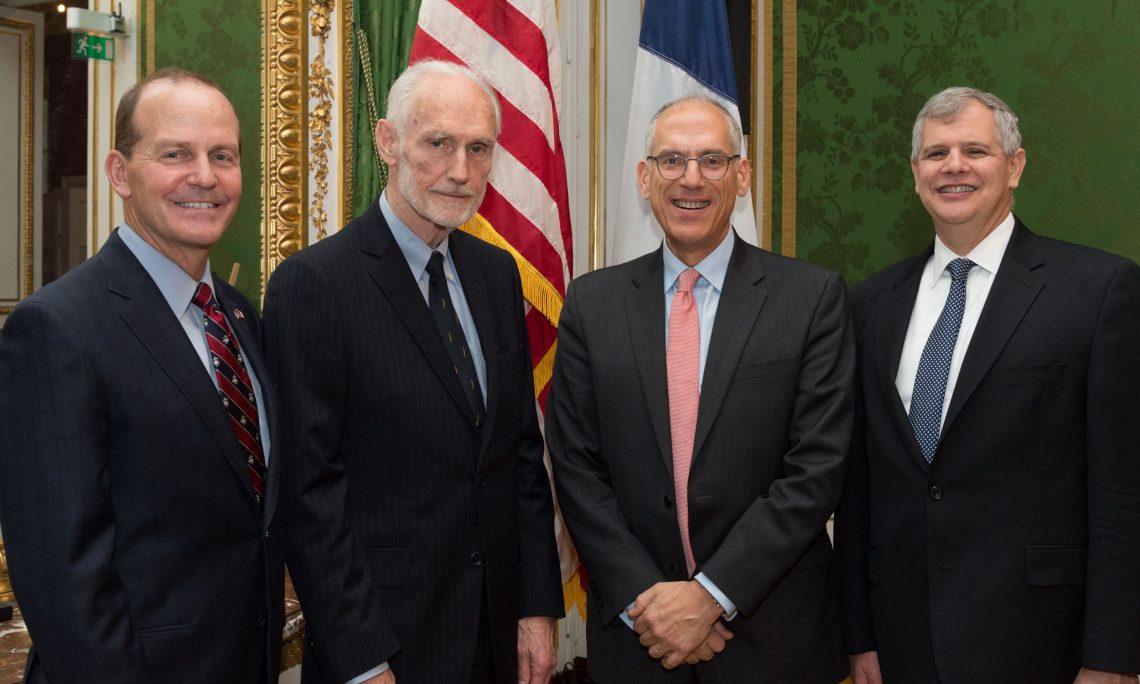 LEMC commemorates the birthplace of American combat aviation, and serves as a symbol of the Franco-American comradeship during World War I.

“The Lafayette Escadrille Memorial Cemetery is the final resting place for brave airmen who gave their lives in one of the most pivotal wars of the twentieth century,” McPeak said. “It’s fitting that ABMC, whose mission is to honor the service and sacrifice of U.S. armed forces, assume responsibility for preserving this historic site honoring America’s pioneering combat airmen.”

More than 200 Americans flew with French squadrons during the course of the war. Of this number, only 38 were assigned to the Lafayette Escadrille. (The term escadrille means squadron in French.) The rest served in other French flying units. Collectively, all Americans in the French Air Service, known as the Service Aéronautique, were considered to be part of the Lafayette Flying Corps, an unofficial designation. Many of these aviators transferred to American squadrons once the United States entered the war in April 1917.

After  the Armistice, Lafayette Flying Corps veterans worked with American and French leaders to build a memorial dedicated to those who flew with the Service Aéronautique. The memorial would also serve as a final resting place for many of those who lost their lives during the war.  The crypt includes 68 sarcophagi, one for each of the aviators of the Lafayette Flying Corps who lost their lives during World War I. Fifty of these aviators are entombed in the crypt along with two of their French commanding officers. The remainder rest in other locations, or their remains were never recovered.

Dedicated in 1928, decades of delayed maintenance to the memorial had led to structural damage, water intrusion and corrosion that required large-scale repair by the early 21st century. An engineering study revealed that significant resources would be required to fully rehabilitate the structure. Understanding its significance in the history of American military aviation, ABMC, through an agreement with the Lafayette Escadrille Memorial Foundation and the French government that included financial support, led restoration efforts in 2015 and 2016, in time for the 100th anniversary of the formation of the squadron. The restoration included repairing plaster vaulting in the crypt, restoring the large ground mosaic, repairing all stonework, waterproofing and more.