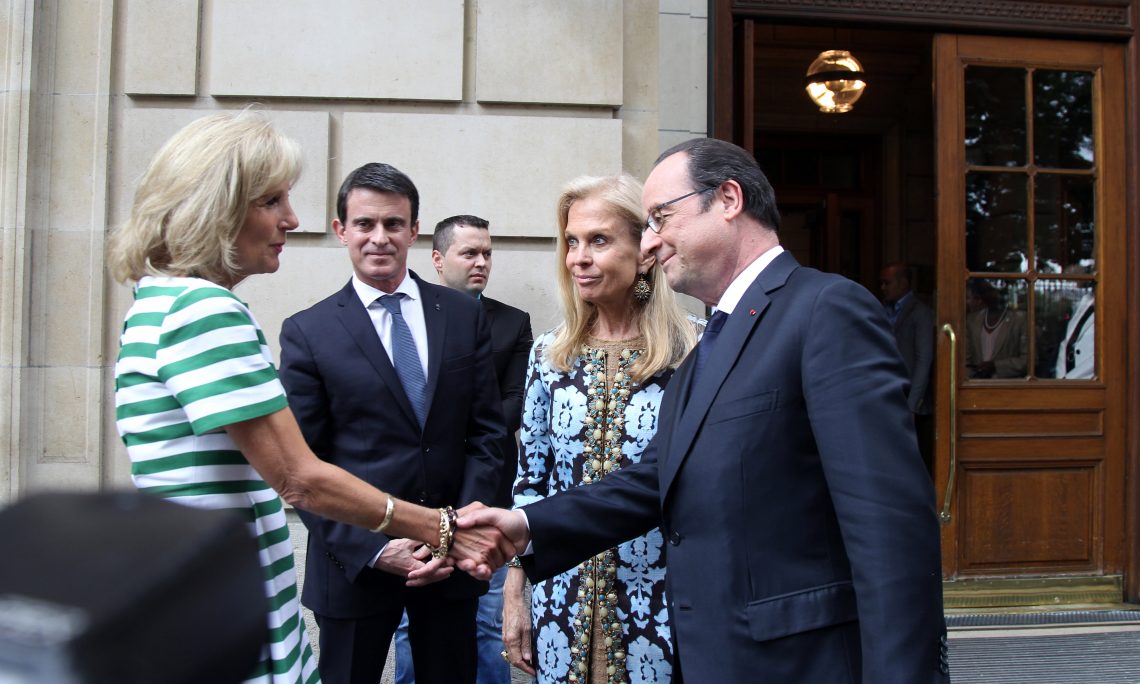 This afternoon, I had the honor of receiving President Hollande and Prime Minister Valls at the U.S. Embassy where the President signed a condolence book in memory of those people tragically killed yesterday in Orlando, Florida. The President and Prime Minister’s visit to express their personal sympathy and their country’s solidarity with the United States has once again touched us all, as did similar expressions on September 11, 2001 and many other times in the history of our alliance.

I would like to take this opportunity to thank all of our French friends and supporters who have sent us messages of condolence.  We are extremely grateful for the support the French government and people have offered, and for the continuing friendship the United States and France enjoy. Just as America stood with France after last year’s terrorist attacks, we greatly appreciate France’s expression of support for America in these sad hours.

President Obama proclaimed yesterday that “In the face of hate and violence, we will love one another.  We will not give in to fear or turn against each other.  Instead, we will stand united, as Americans, to protect our people, and defend our nation, and to take action against those who threaten us.”  The President also said:  “This is an especially heartbreaking day for all our friends — our fellow Americans — who are lesbian, gay, bisexual or transgender.  The shooter targeted a nightclub where people came together to be with friends, to dance and to sing, and to live.  The place where they were attacked is more than a nightclub — it is a place of solidarity and empowerment where people have come together to raise awareness, to speak their minds, and to advocate for their civil rights.”

France was resilient and steadfast following the 2015 attacks, and the United States will be resilient now.  Our two countries know we can count on each other to work closely together in our common effort to fight terrorism and promote tolerance and peace throughout the world.