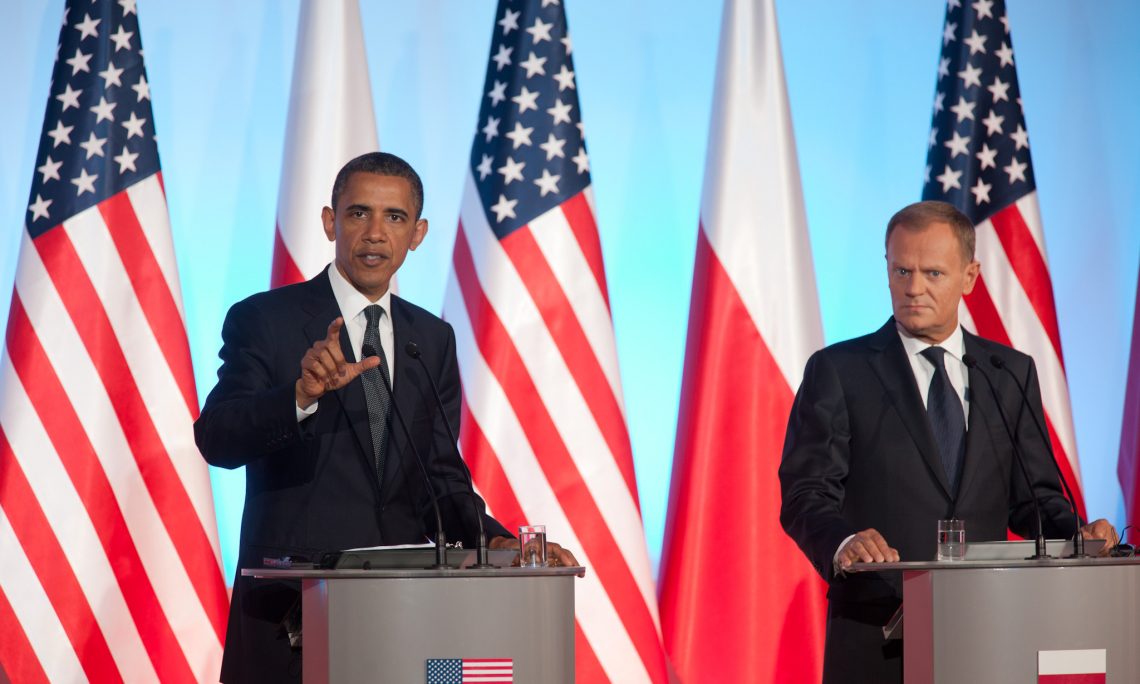 This may be the most important moment for our transatlantic alliance since the end of the cold war.

Terrorist attacks inspired or directed by Isis have slaughtered innocents in Nato countries, from Orlando to Paris to Brussels to Istanbul. Conflicts from Africa to Syria to Afghanistan have sent waves of migrants seeking refuge in Europe. Russia’s aggression against Ukraine threatens our vision of a Europe that is whole, free and at peace. The vote in the UK to leave the EU raises significant questions about the future of European integration.

As I arrive in Warsaw for meetings with Nato and EU leaders, I believe that our nations must summon the political will, and make concrete commitments, to meet these urgent challenges. I believe we can — but only if we stand united as true allies and partners.

The special relationship between the US and the UK will endure. I have no doubt that the UK will remain one of Nato’s most capable members — a nation that pays its full share for our common security and is a leading contributor to alliance missions. And, given the current threats facing Europe, I fully expect that Britain will continue to be a major contributor to European security.

Likewise, the US will continue to have an indispensable partner in the EU. The US and the EU have the largest trade and investment relationship in the world and our co-operation will be essential to stimulating global growth and reducing inequality through public investments so that globalisation delivers opportunity for all people, not just those at the top. Europe will remain a cornerstone of America’s engagement with the world.

Moreover, while Brexit creates some uncertainty, our shared prosperity will continue to rest on the rock-solid foundation of Nato. Indeed, the prospect of membership in both the EU and Nato continues to be a driving force for reforms among nations seeking deeper integration with Europe. And since our last summit in Wales two years ago, we have done more to reinforce our collective defence than at any time since the cold war.

In Warsaw, we must reaffirm our determination — our duty under Article 5 of the North Atlantic Treaty — to defend every Nato ally. We need to bolster the defence of our allies in central and eastern Europe, strengthen deterrence and boost our resilience against new threats, including cyber attacks. We need to deepen security co-operation between Nato and the EU and increase our support for Ukraine as it defends its sovereignty and territorial integrity. And even as our nations remain open to a more constructive relationship with Russia, we should agree that sanctions on Russia must remain in place until Moscow fully implements its obligations under the Minsk agreements.

Beyond Nato, our alliance must do more on behalf of global security, especially on Europe’s southern flank. Nato should intensify its commitment to the campaign to destroy Isis and do more to help the EU shut down criminal networks that are exploiting desperate migrants crossing the Mediterranean and Aegean seas.

My decision this week to largely maintain the current US troop presence in Afghanistan should encourage more allies and partners to affirm their commitment to the Nato mission to train Afghan forces.

Finally, given the range of challenges we face, it is essential that Nato members continue to invest more in our common defence. After many years, Nato has finally stopped the collective decline in defence spending. For the first time in nearly a decade, defence spending across the alliance is scheduled to increase. This progress must be sustained.

Our transatlantic alliance has succeeded for nearly 70 years because we recognise that, even as the world changes and threats evolve, our nations are more secure when we stand together. And we are more than just military allies. We are united by our enduring commitment to shared values — democracy, pluralism and inclusive societies strengthened by our rich diversity of backgrounds and faiths.

The days ahead will continue to be difficult. But, if the past seven decades teach us anything, it is that we will prevail if we stay united, strong and true to our democratic values. I am confident we will.

The writer is US president