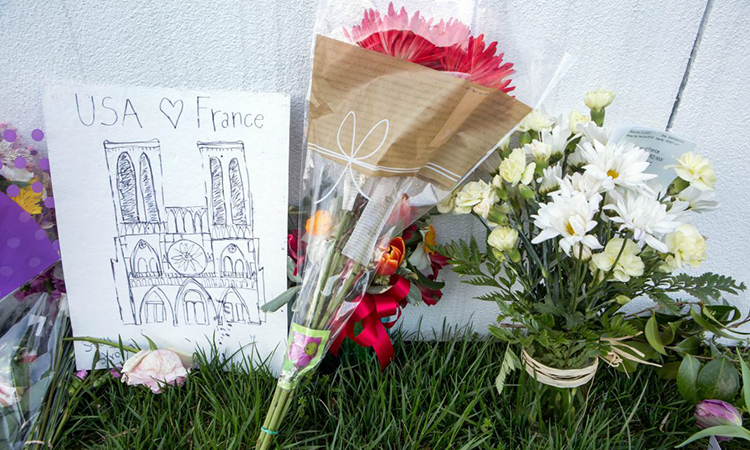 Notre Dame de Paris, one of the most iconic structures in the world, has always had a special place in the hearts of Americans. The medieval Gothic cathedral — with its magnificent architecture, enormous stained-glass windows and priceless artworks — is a must-see for any visitor to Paris, and Americans have embraced it as a singularly beautiful place of worship and a symbol of French civilization.

Here are a few photos that illustrate America’s enduring relationship with this most spectacular Parisian landmark.

American actor Van Johnson and British-American actress Elizabeth Taylor sit on a bench beside the Seine River, with Notre Dame illuminated in the background. The image is from director Richard Brooks’ 1954 film The Last Time I Saw Paris.

Lewis K. Gough, the American Legion commissioner, strolls with his wife on the left bank of the Seine River in 1953, with Notre Dame soaring behind them.

Parisians greet U.S. soldiers in the shadow of Notre Dame in 1944 during the liberation of Paris in World War II.

President Barack Obama and his family light a candle in Notre Dame on June 6, 2009.