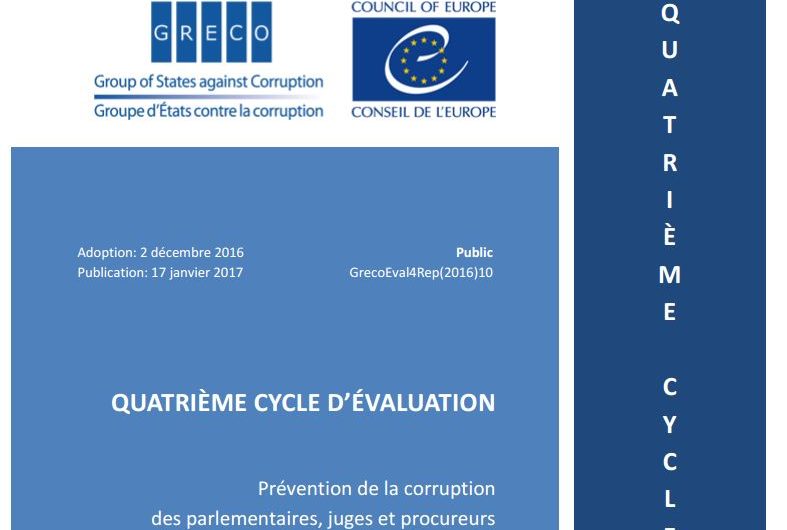 Since 2000, the U.S. has been a member of the Council of Europe’s Group of Countries against Corruption (GRECO). As such, the U.S. participates in GRECO’s peer assessment process to identify how countries can do better in fighting corruption.

On January 17, the Council of Europe released the most recent report on the U.S. in GRECO’s Fourth Evaluation Round which reviews all members on the theme of “Corruption Prevention in Respect of Members of Parliament, Judges and Prosecutors.”  This report is the result of a lengthy process of peer review with the cooperation of U.S. authorities.

In this report, you can learn more about how the U.S. acts to prevent risks of corruption and conflict of interest and how high the degree of transparency of information and processes is.  Code of conduct, ethics committees, lobbying disclosure rules are part of a considerable set of resources dedicated to their prevention. Not to mention the strict separation of powers under the U.S. Constitution as well as the Constitution itself, which form together a solid legal framework to prevent these risks. Numerous checks and balances act as guarantor of the strict separation of powers, which are the executive, the legislative and the judicial branches.

The report in English: https://goo.gl/F6iLHc

Press release on the Council of Europe’s webpage: http://www.coe.int/t/dghl/monitoring/greco/news/News2017/News(20170117)Eval4usa_en.asp