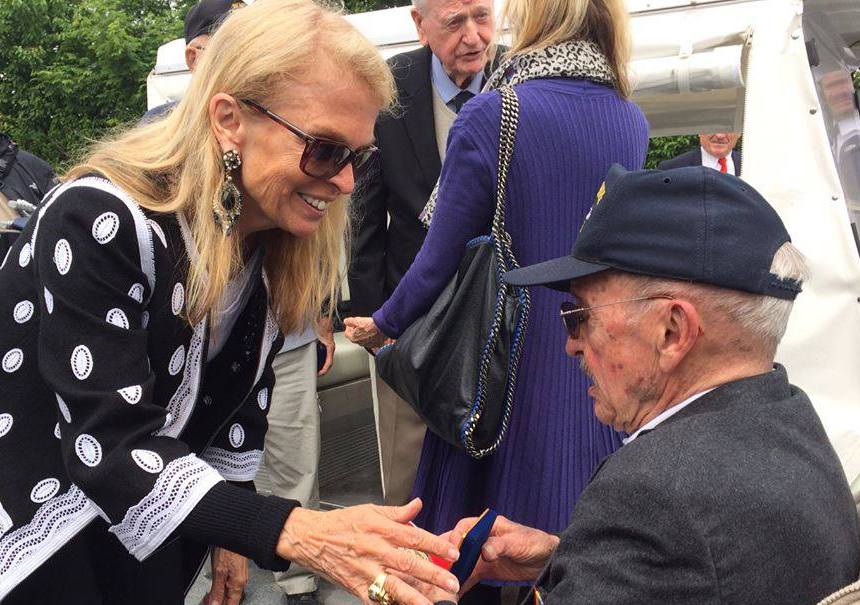 After a tribute to American soldiers at Pointe du Hoc, Jane D. Hartley , U.S. Ambassador to France participated to the international commemoration at Port-en -Bessin where she gave a speech honoring the veterans.
“We must pass on to younger generations what these men have taught themselves the pain and sacrifice – is that unless constantly defend freedom , it can be lost so easily, as we see today in our fight against terrorism alongside France, our ally ”
She concluded her trip with a visit to the American cemetery of Colleville.