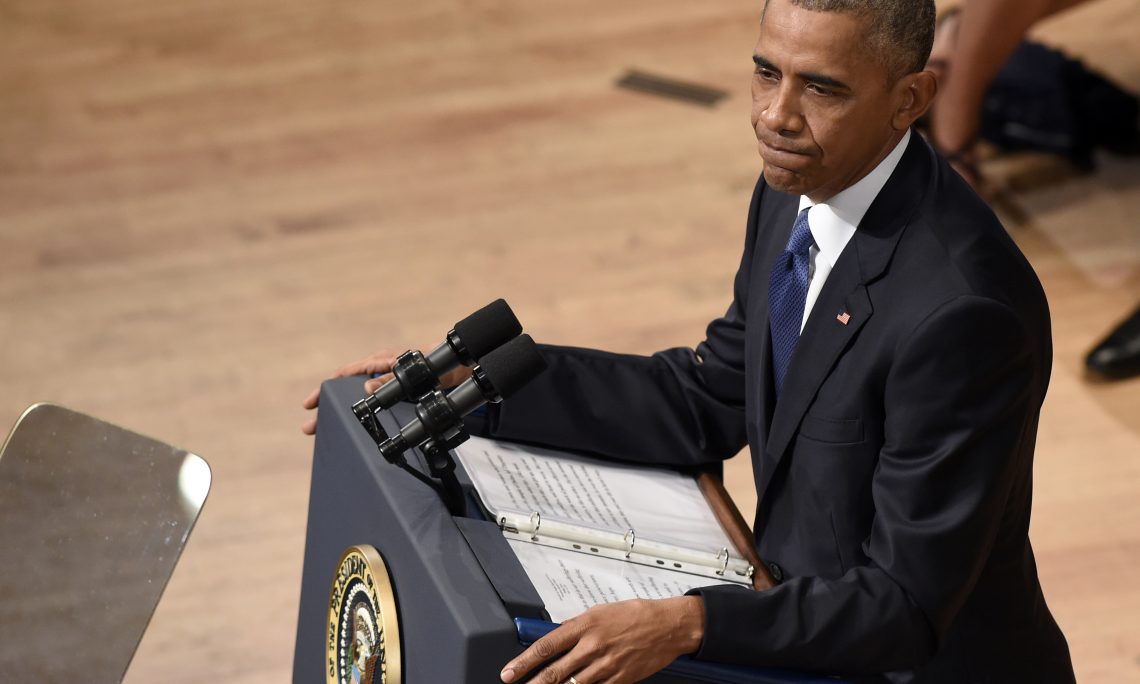 “I’d like all sides to listen to each other,” President Obama said in Spain in response to a reporter’s question about the recent killings of two African-American men and five police officers in the U.S.

His comments came July 10 in the wake of the fatal shootings by police of two African-American men in separate incidents in Falcon Heights, Minnesota, and Baton Rouge, Louisiana, followed by the killing of five police officers by an assassin in Dallas.

The president urged respect and restraint from Americans angered by the killing of black men by police. But he also urged law enforcement to treat seriously complaints of intolerance toward minorities.

Obama said that most U.S. police officers do a good job, and he said rhetoric portraying them as doing otherwise does little to build support for eliminating racial bias from the criminal justice system. The president will address an interfaith memorial service for the slain officers on July 12 in Dallas.

Renewing a call for community policing

In a Facebook message dated July 7, the president highlighted the importance of community policing, which involves police officers who patrol a neighborhood getting to know its residents.

The call for greater understanding between citizens and the police “in no way contradicts our respect and appreciation for the vast majority of police officers who put their lives on the line to protect us every single day,” the president said.

In 2014, after meeting with youth protest leaders, Obama created the Task Force on 21st Century Policing, which brings together police, activists and community leaders with the goal of strengthening relationships between local law enforcement and the communities they protect, as well as reducing crime.

Since the creation of the task force, more than 100 police departments across 50 states have implemented its recommendations. They have committed to a Police Data Initiative, which will make more law-enforcement data available to communities, and to improving technology to help stop inappropriate uses of force and increase accountability.

This article draws on reports from the Associated Press.