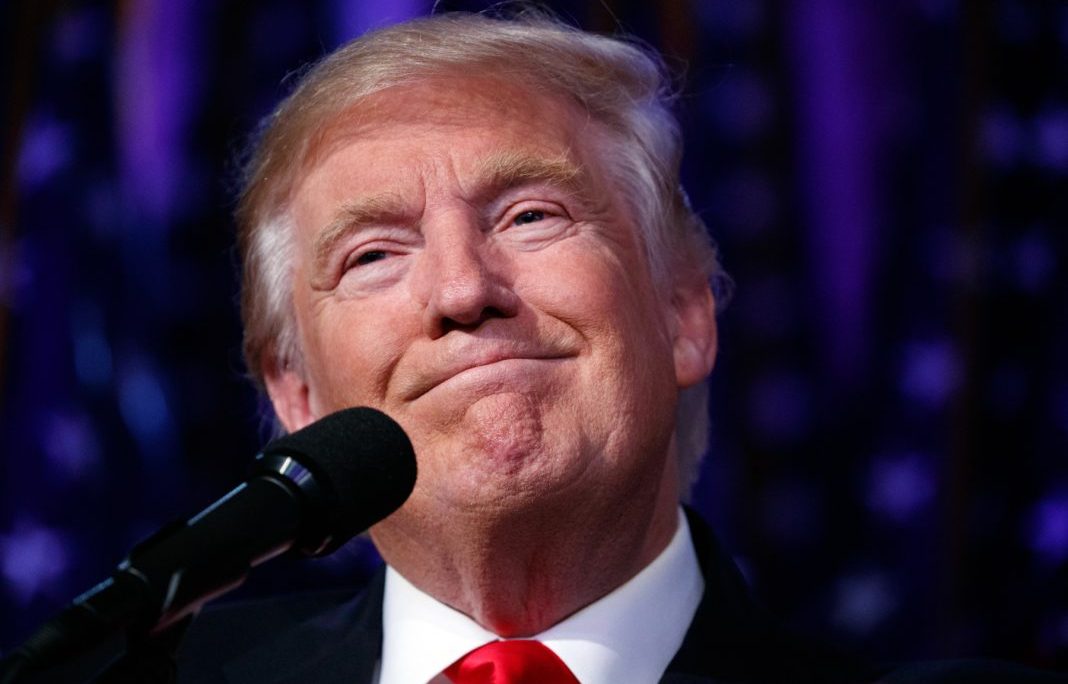 President-elect Donald Trump smiles as he arrives to speak at an election-night rally. (© AP Images)

Donald J. Trump, a businessman who promises to use his financial know-how to help Americans improve their standard of living, on January 20 takes office as the 45th president of the United States.

Official information on the Presidential Inauguration is always available from the Joint Congressional Committee on Inaugural Ceremonies website.

The real estate magnate defeated former secretary of state Hillary Clinton, who had hoped to be the first woman president.

Accepting victory early November 9, 2016, Trump said, “To all Republicans and Democrats and independents across this nation, I say it is time for us to come together as one united people. … I pledge to every citizen of our land that I will be president for all Americans.”

Trump, whose name is on high-end hotels, skyscrapers and golf courses around the world, follows other businessmen who made it to the nation’s top political job. They include George W. Bush who, like his father George H.W. Bush, was in the oil business, as well as owning a Major League Baseball team.

But these businessmen all went into politics before making a run for the White House. Trump is the first to go straight from a corporate office to the Oval Office.

Trump also ran an unorthodox campaign, relying heavily on social media. He tweeted often and directly to his followers, over 25 million strong.

His victory came as a surprise to many. Clinton was no stranger to the White House — she spent eight years there as first lady when her husband, Bill Clinton, was president. As her husband’s term ended, Clinton won election as a senator in 2000, the only first lady to win elected office.

Both Clinton and President Obama pledged to work with Trump through a peaceful transition and for a stronger America.

Clinton said she hopes Trump “will be a successful president for all Americans.”

Obama, in his final White House news conference, said he had offered Trump his best advice and counsel. Their views differ on health care and certain other issues, but “having won an election … it is appropriate for him to go forward with his vision and his values.”

Once in office, Obama said, Trump may come “to some of the same conclusions that I arrived at once I got here. But I don’t think we’ll know until he has an actual chance to get sworn in and sit behind that desk.”

At 70, Trump will be the oldest person to hold the office. Ronald Reagan was 69 when he was inaugurated. The youngest was Theodore Roosevelt, who was 42.