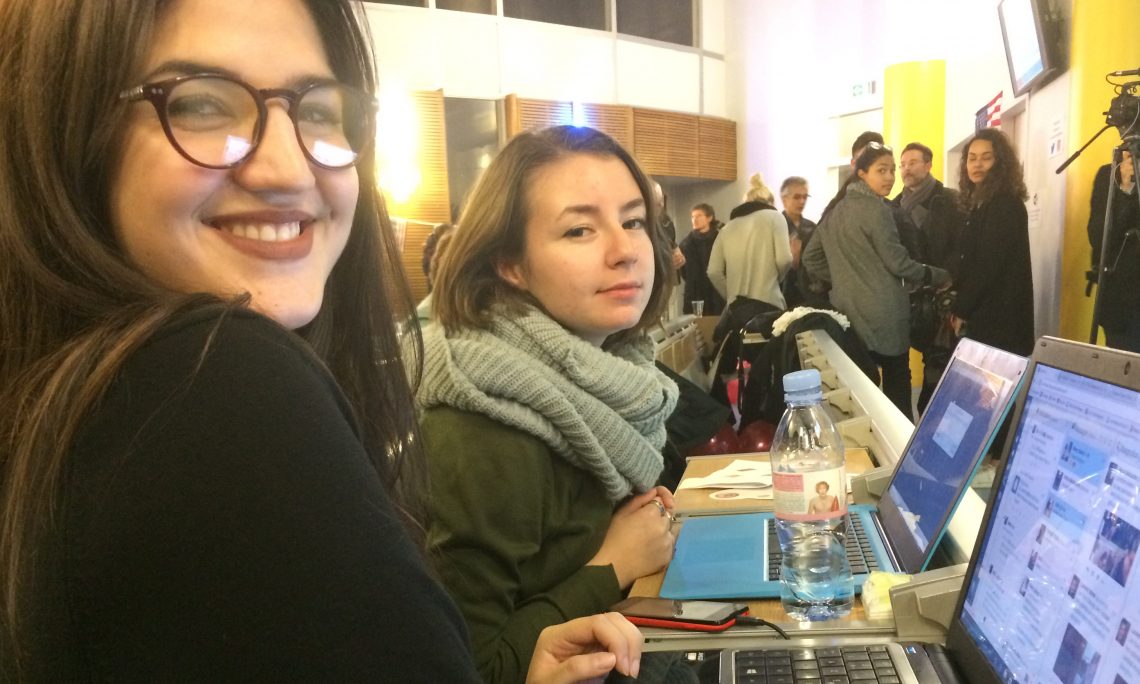 Over 120 people attended last night’s “Nuit des Elections 2016,” hosted by Marketing and Communication ISEG, which included performances by a 20-person gospel choir that brought down the house, a jazz band, hip-hop dancers, a blues musician, and numerous debates, presentations, Skype connections and live CNN newsfeeds.  The event was a major cooperative effort between ISEG, the APP, the France Etats-Unis Association, EACC, and other associations.  Harley Davidson, Tommy’s Burgers, Starbucks were among the commercial partners. APP Toulouse provided a grant for the event, which helped fund the gospel choir and other musicians’ participation and election night materials, including voting booth, banners, pins, stickers, and life-size cutouts of the two candidates that were popular photo portraits for event participants.   Economic Counselor Rebecca Neff opened the event followed by a 20-minute presentation in French on the U.S. electoral system.  At midnight, Neff sat in the Town Hall panel where members of the audience asked questions on the US political system, economy and international relations. A special hashtag event #ISEGNuitUs was launched for the occasion and a journalist from La Depeche covered the all night event on their website Live.  Participants cast ballots in a simulated vote.  At the end of the evening, among 89 total votes cast, Clinton won 56 votes, Trump won 1, and 20 votes went to the Green party.  Despite the clear public opinion in the room, all participants treated each other with respect and tolerance.