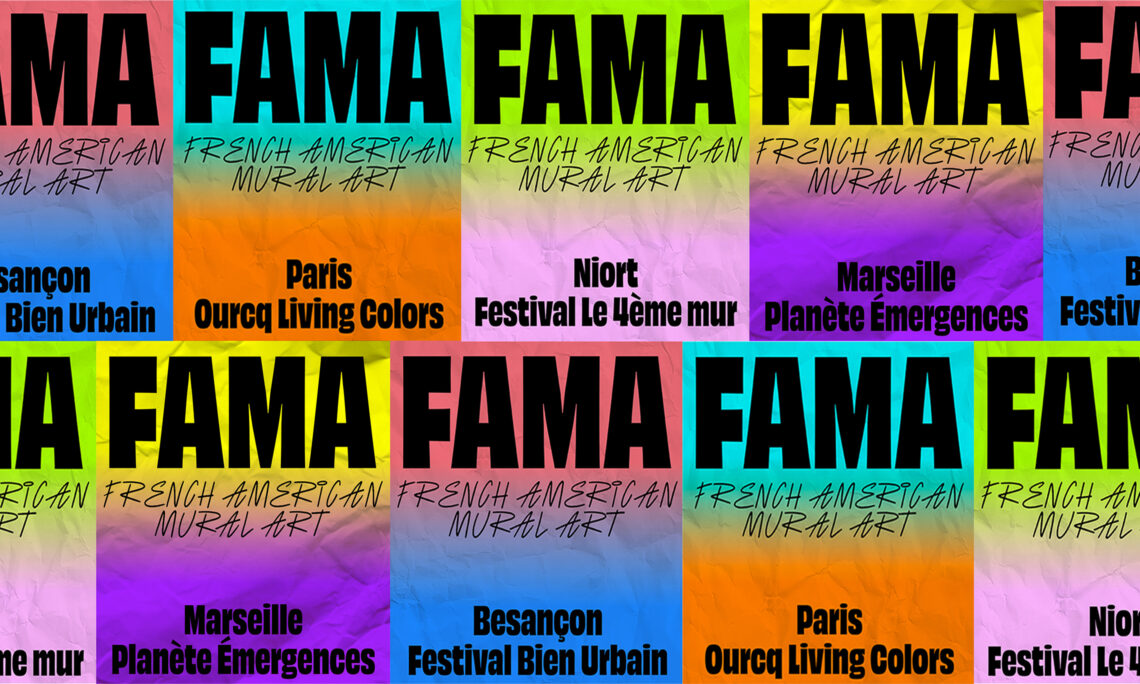 In 2021, in the cities of Besançon, Paris, Niort, and Marseille, the United States Embassy in Paris and the Hypermur association present the FAMA project – French American Mural Art. This four-part series of monumental street art frescos touches on common social topics and issues that face both of our societies, and is a continuation of the long history of artistic exchange between France and the United States.

The FAMA project – French American Mural Art, is piloted by the Hypermur association and is realized through the support of festivals such as Bien  Urbain, Ourcq  Living  Colors, Le  4ème  Mur,  and the Planète Émergences association, with the participation of the cities of Besançon, Niort, Marseille, and the Mayor’s Office of the Paris 19th arrondissement.

Around and in front of each of these works, meeting times have been scheduled between the eight artists – four French and four American –, the residents, and neighboring academic institutions to make FAMA not only a catalyst for artistic creation, but further an opportunity for exchanges between France and the United States on what unites us.

In the Planoise Quartier, with the Bien Urbain festival, L.E.O. – a Miami artist, and Rouge – a painter established in Bordeaux – together painted a diptych touching on racial discrimination in France and the United States from two different angles. L.E.O. represented WW1 African-American hero Eugene Bullard.

In the 19th arrondissement, known for the vivacious nature of their street art, the Parisian street artist, Da Cruz, and the author and illustrator of Los Angeles, AJ Dungo, chose to present a multicolored figure above a wave that seems to overwhelm the Ourcq street. The wave motif , which is significant to the author of the graphic novel, In Waves (Casterman, 2019), symbolizes the ability of individuals, but more potently as communities,  to overcome the challenges that face them. It reminds us of course of the successive waves of Covid-19 cases, but also the City of Paris’ motto, “Fluctuat nec mergitur,” proudly embraced in response to the wave of terrorism in recent memory.

In Niort, with local festival Le 4ème Mur, the illustrator-muralist Dave Van Patten (Los Angeles) will join the French artist Prends-le Facile (“Take-It-Easy”, Paris & Niort) to cover and recycle the previous work by Spanish artist Escif. While the two artists have not yet revealed the theme of their mural, they will combine two different and yet complementary urban arts: the Californian figurative muralism with the French hand-crafted and inspired lettering.

Lastly, La Morena (Phoenix), a Chicana and Apache artist and activist energetically starts her painting on the challenges and struggles of the Native American communities that she encounters. Painting for the first time outside of the United States of America, she will come, along with Marseille artist Difuz and the Planètes Émergences local NGO, to meet the residents of a Marseille. Together, they’ll put their spray paint to the service of the town’s residents.