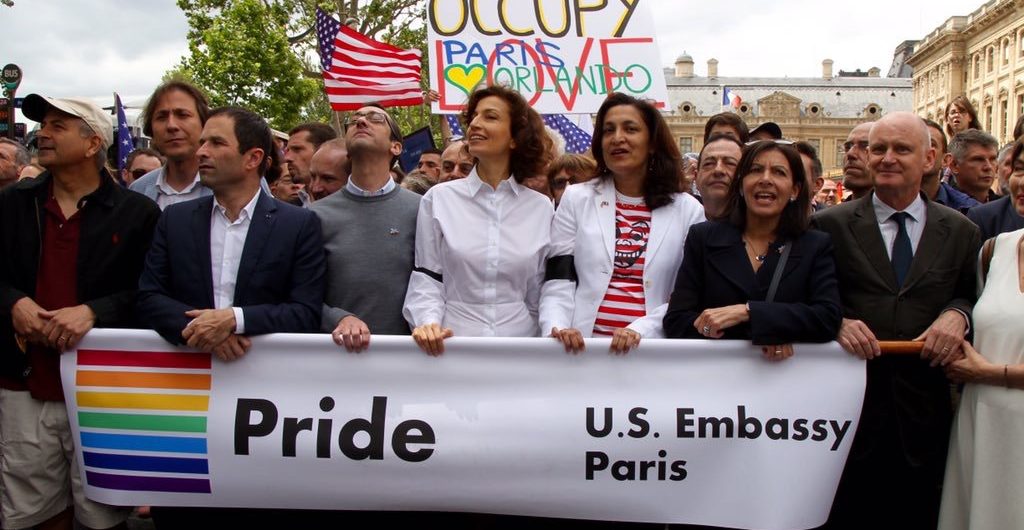 In the spirit of love and tolerance, we were proud to march today in the #MarchédesFiertés2016. The group Inter-LGBT, defender of LGBTQ+ rights and organizer of the pride march, dedicated this year’s march to the victims of the tragedy in Orlando last month. Representatives of the U.S. Embassy wore black armbands in homage of our fellow citizens who fell victim to these attacks. The mayor of Paris, Anne Hidalgo, and the minister of culture, Audrey Azoulay, marched alongside the Deputy Chief of Mission Uzra Zeya, in a symbol of solidarity with the LGBTQ+ community. Ms. Zeya declared, in her speech at Place de la Bastille, “Thank you, in the name of our American brothers and sisters, thank you for your continued fight for freedom and equality, and rest assured that together we are a force much stronger than hate!”