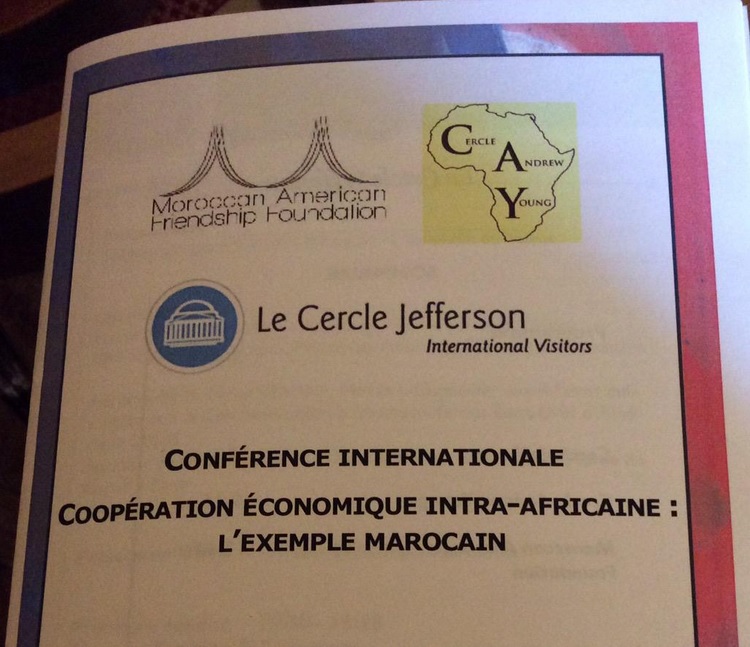 On April 23, 2015, the Cercle Jefferson, the Cercle Andrew Young and the Moroccan American Friendship Foundation have signed a partnership agreement and organized a conference on intra-African Economic Cooperation: the example of Morocco, at the George Marshall Center in Paris, with the support of the U.S. Embassy in Paris and the African Regional Services.

The US Embassy’s Minister-Counselor for Public Affairs Philip FRAYNE and the Ambassador of the Kingdom of Morocco to France, HE M. Chakib BENMOUSSA, opened the event. Two panels followed, on Banking & Transport, and on Infrastructure & Technology Transfers.