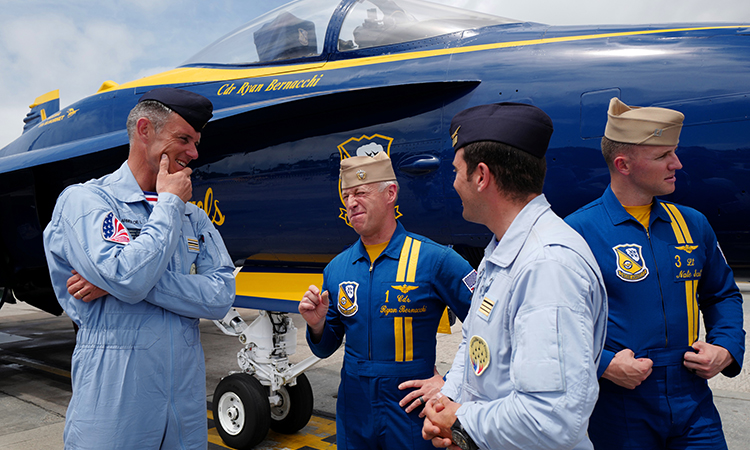 “To all the souls

“We would chase airplanes in a car, holding a map and camera.
Whether we’d be granted access to the airbases was uncertain.
But the gates of America opened as we passed.
As if we had to bring a testimony home.
What was this invisible hand that carried us for so long?”

The Centennial of World War One is a unique occasion to celebrate the special relationship and shared ideals that unite our two peoples.

This special relationship between the United States and its oldest friend and ally begins with Comte de Rochambeau, Admiral de Grasse, and Marquis de Lafayette, who led French troops to fight alongside General George Washington during the War of Independence, before the birth of the United States.  Their intervention marked the beginning of 250 years of friendship, alliance, and mutual admiration.

A hundred years ago, in 1917, thousands of American soldiers landed on the shores of Normandy under General Pershing’s command.  On July 4, 1917, his aide-de-camp Colonel Charles Stanton led an American battalion to Lafayette’s tomb.  The American soldiers who had come to France’s rescue had a profound sense that they were paying off an old debt to France.  Stanton hoisted an American flag above Lafayette’s tomb and said these now famous words: “La Fayette, we are here.”

One hundred years later, in 2017, two Frenchmen drove across the United States to follow the Patrouille de France’s journey to the United States and to thank the American people for their engagement in the first global conflict.

Following in the footsteps of the prestigious unit of the French Air Force, they stopped in twelve cities, from New York to San Francisco, to discuss U.S.-France friendship and our close ties with the American people.

The photo documentary reflects the French-American relationship, and honors the brotherhood that unites French and American officers.  Hervé Saint Hélier’s photographs depict the encounters between the Patrouille de France, the U.S. Air Force Thunderbirds, the U.S. Navy Blue Angels, and the American people.  May this journey inspire future generations to build a peaceful and free world.

Hervé Saint-Hélier started as a press photographer for the SYGMA and SIPA agencies.  His series onboard the Concorde, the aircraft-carrier Charles de Gaulle, the helicopter-carrier Jeanne d’Arc, as well as his “Voyages Urbains”, are central themes of his work.  His photographs have been selected to join numerous collections and can often be admired in exhibits by the Marlborough Graphics Gallery throughout Europe, Asia, and the United States.

Yorick de Guichen co-authored, together with Cédric Tranchon, head of the Patrouille de France, Les Secrets d’un leader (Robert Laffont) in 2011.  Yorick descends from Admiral Luc Urbain de Guichen who fought during the American War of Independence, and is a member of the Society of the Cincinnati founded by George Washington in 1783.

Acknowledgements: The Public Affairs Section of the U.S. Embassy in Paris; Monique B. Seefried, Commissioner USWWICC; Lieutenant Colonel Gauthier Dewas and the entire Patrouille de France (pilots and mechanics); H.E. the French Ambassador to the United-States Gérard Araud; Stéphanie Mareva Failloux; Peter McKenna and Tom Kallman (Kallman Inc.) “This is not an exhibit – this is a message”; Colonel David M Sullivan; William Raiford, former President of the Society of the Cincinnati; the Blue Angels; Harry Davison; the Thunderbirds, in particular Ryan Bodenheimer; the President of the French Republic, Emmanuel Macron.