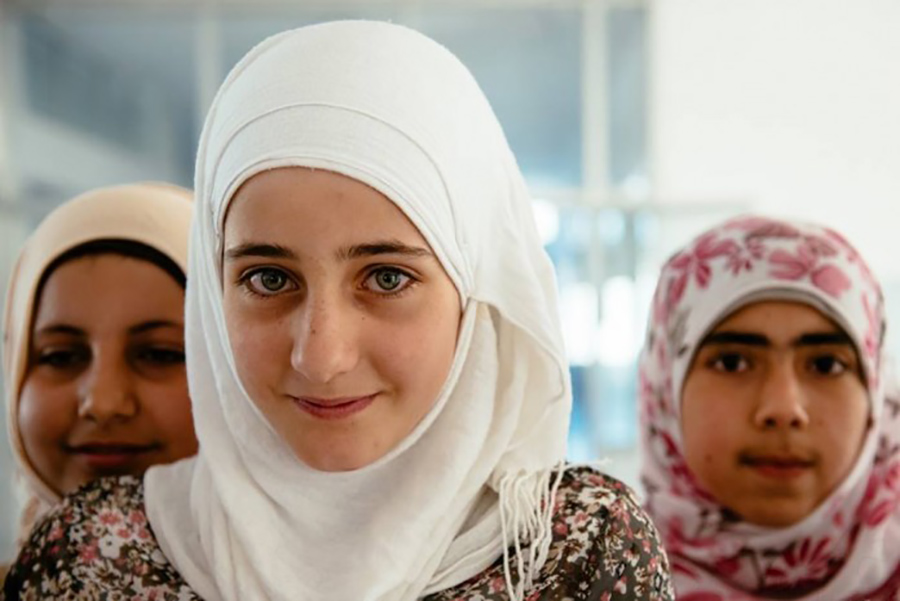 Mercy Corps has provided Zaina, a Syrian refugee living in Lebanon, and her classmates with packed lunches that give them the energy to learn. (Courtesy photo)

The need is tremendous and historic. Even as the U.S. government steps up its assistance, many U.S.-based groups are providing relief to millions of Syrians forced to leave their homes since the conflict in that country began more than five years ago.

This Oregon-based group is one of the largest humanitarian groups working in Syria. Mercy Corps reaches an estimated 500,000 people inside Syria each month. It also helps displaced Syrians in Turkey, Jordan, Lebanon and Iraq.

More than 100 medical facilities throughout Syria provide primary and specialized care thanks to the Syrian American Medical Society, headquartered in Ohio. In 2015, the group helped treat more than 2.6 million Syrians in Syria, Jordan, Turkey and Lebanon.

This organization, based outside of Detroit, has delivered more than 160,000 food baskets to displaced and under-siege families, including milk for 20,000 children. During Ramadan 2014, Sunrise-USA supplied meals for 25,000 families in Syria.

More than 200 Syrian refugee children attended school through the sponsorship of the Karam Foundation. During the winters of 2014 and 2015, the Illinois-based foundation provided cold-weather packages to 15,000 families and heated 17 schools in Syria.

Nearly 150,000 food kits and 85,000 hygiene kits have been distributed in and around Syria since 2011 via Islamic Relief USA. The organization, headquartered in Virginia, also has delivered medical supplies to 225 field clinics and hospitals that treat Syrians needing medical attention.

You can join these organizations, and others, in helping displaced Syrians. The U.S. Agency for International Development provides links to more than 25 NGOs assisting Syrians who need your help.