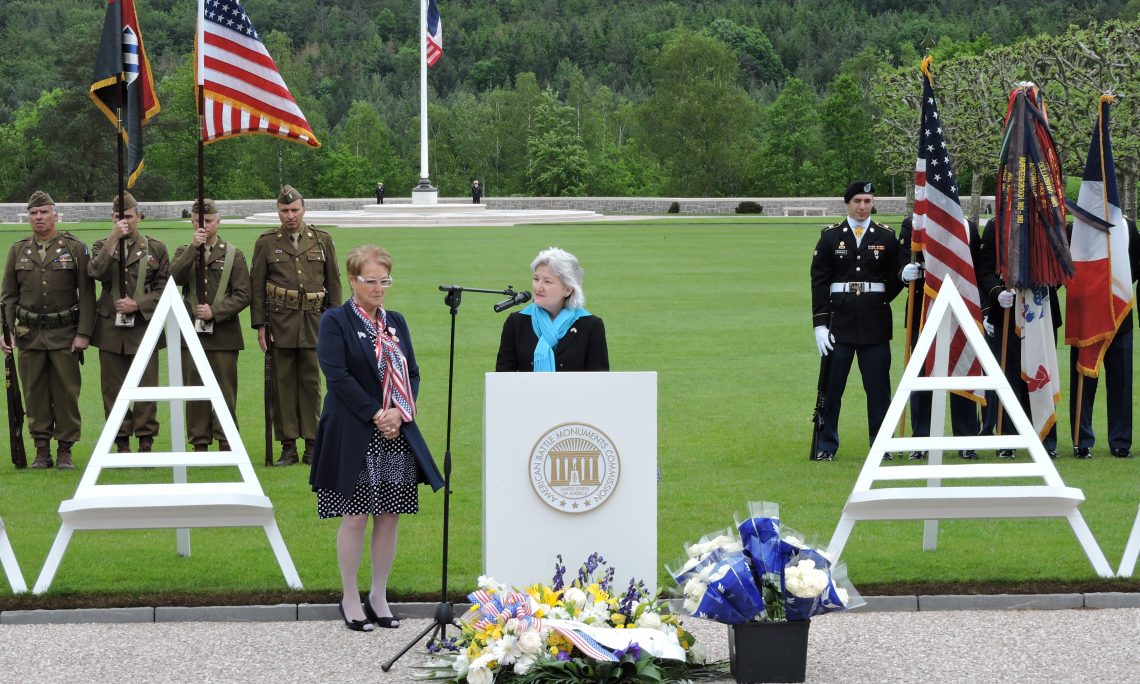 “Today, we pay tribute to all the American forces – to all our heroes, known and unknown – who have given their lives for their country.”  U.S. Consul General Amy Westling spoke at the Memorial Day commemoration at the WWII American Cemetery in Epinal, France on May 29.

The American Cemetery in Epinal is the final resting place for 5,255 U.S. troops who made the ultimate sacrifice during combat in France in WWII.  Cemetery Superintendent Dwight Anderson of the American Battle Monuments Commission organized the American Memorial Day 2016 commemoration May 29, and Jocelyne Papelard-Brescia of the American Overseas memorial Day Association acted as master of ceremonies.   In addition to remarks by U.S. Consul General Westling, speakers included U.S. Rear Admiral John W. Smith, Mayor of Epinal and French Member of Parliament Michel Heinrich, and French Senator of the Vosges Jackie Pierre.