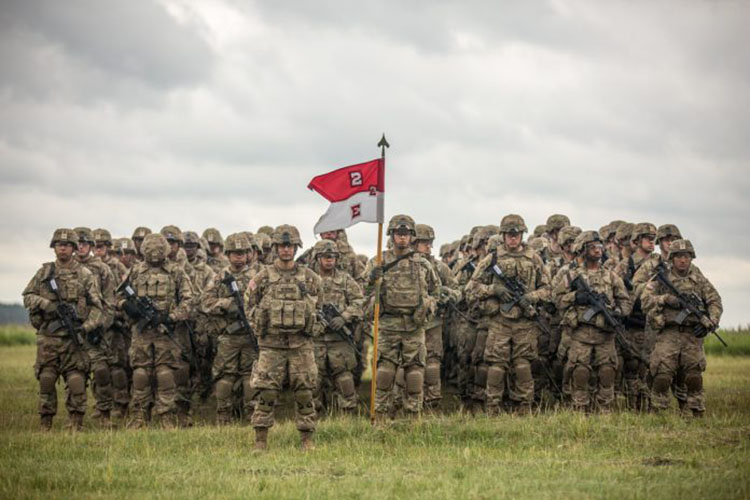 The North Atlantic Treaty Organization’s European members and Canada have increased their defense spending 4.3 percent in 2017 — a step toward the goal of ensuring all nations invest equitably in defense.

“We have started to move in the right direction …. and we intend to keep it up,” NATO Secretary General Jens Stoltenberg said.

President Trump has pressed the Allies to shoulder their fair share of the cost of collective defense for the 29-member Alliance, which has defended the Western democracies and kept Europe at peace since 1949.

At the May 25 NATO leaders’ meeting in Brussels, President Trump urged fellow heads of state and government to live up to their pledge to move toward spending 2 percent of gross domestic product on defense. Only six countries — the U.S., Estonia, Greece, Poland, Romania and the United Kingdom — already do. Romania met this threshold in 2017 and Latvia and Lithuania are on track to do so in 2018.

Allies have also pledged to spend 20 percent of their defense expenditures on purchasing major equipment by 2024. The major equipment purchases are what builds NATO capabilities.

Just one month later, Stoltenberg announced that after years of defense cutbacks, the European Allies and Canada have now boosted spending for three straight years.

“I welcome the strong focus of President Trump on defense spending and burden sharing,” said Stoltenberg. But he stressed that “European allies should invest more in defense not only to please the United States but … because it is in their own interests.”

On the same day, U.S. Secretary of Defense James Mattis reaffirmed that the U.S. commitment to NATO’s collective defense guarantee “is ironclad.”

Mattis said the NATO troops in the Baltic states and Poland are “a profound example of a united NATO. Our Alliance has long been a stabilizing force in Europe.”