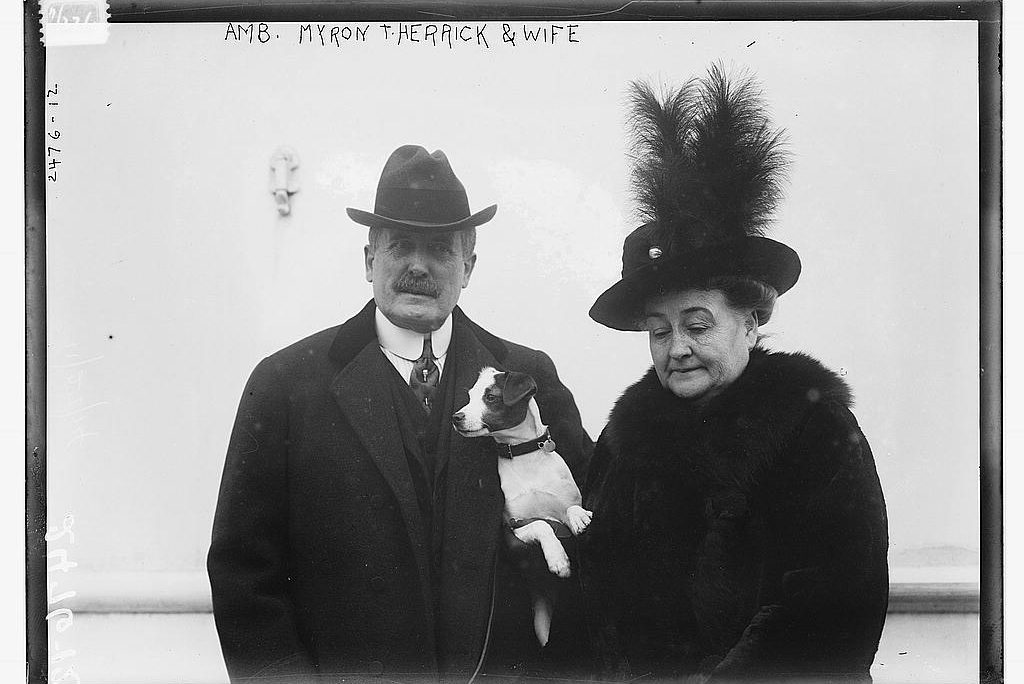 Introduction: Role of the U.S. Diplomatic Community and American Citizens in France, 1914

To mark the centenary of the First World War, U.S. Embassy France and the Office of the Historian investigated the role of the U.S. diplomatic corps stationed in France during 1914-1918. Much is known and written about U.S. actions once it became a belligerent power associated with the Allies in April 1917. Yet, until now the stories of U.S. diplomats, consuls, and their family members, particularly during the crux of crisis (August-December 1914), were long forgotten, overshadowed by subsequent events of the tumultuous twentieth century.

Examination of U.S. Government and Government of France records, memoirs, and personal papers and newspaper archives in the United States and France revives a fascinating account of how actions spearheaded by U.S. diplomats—and American citizens—in France during 1914 significantly strengthened Franco-American relations in unique, unparalleled ways.

From the first days of war, U.S. diplomats and consuls provided food, shelter, and funds to in-need Americans waiting to be evacuated safely to the United States. In addition to these “official duties,” the responsibilities of U.S. Ambassador to France Myron T. Herrick and his staff grew once the Government of France departed Paris for Bordeaux on September 2, 1914. Herrick, with the blessing of French premier Raymond Poincaré, remained in Paris to protect U.S. interests and citizens, as well as Parisian monuments and museums. Thus throughout autumn 1914, while other embassies and legations were dark, the U.S. Embassy was a beehive of activity on multiple fronts.  In addition to diplomatic duties, the unofficial roles of U.S. diplomats expanded exponentially as the war wore on.

The embassy became a nucleus of partnerships that provided for financial relief and medical aid to those in France impacted by the war. Assisted by a corps of U.S. citizens who volunteered their time, energy, and funds, U.S. diplomats and consuls developed new relationships with each other, the Government of France, and the French public. Their actions shaped public memory of the Franco-American partnership in 1914 and beyond.

Over the course of the next several months we’ll share these stories through an array of digital, social media, and public programming. In the meantime, we’d like to introduce our “cast of characters,” the U.S. ambassadors, selected diplomatic and consular service officers, their family members, and others with ties to U.S. Embassy Paris stationed in France in 1914.

This is the second of a short series highlighting the personal experiences of the U.S. diplomatic community in France in 1914. Read Part One, “A Rendez-Vous With History.” 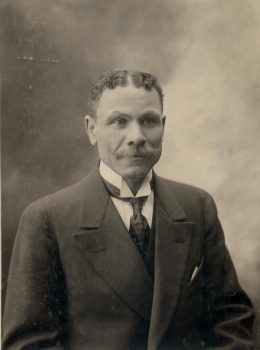 William Henry Hunt, president of Racing Club Stéphanois, bid adieu to his rugby players as they departed St. Étienne for the battlefields of northern France a century ago. He did not see most of them again as so many perished in the Great War’s carnage. The esteemed president did, however, help their families and others through his leadership and position as U.S. Consul. As a result, Hunt’s standing reached new heights during the war. His influence served to cement rugby’s place amongst the Stéphanois.

Hunt was the rare African American consul in Europe when war broke out in 1914. Since 1844, when William Leidesdorff was appointed Vice Consul at Yerba Buena (today’s San Francisco), African Americans served at consular posts overseas. Strides towards expanding their opportunities and presence were made during the McKinley, Roosevelt, and Taft presidencies. Between 1880 and 1920, there were 50 African American consuls. The majority were assigned to posts in the Global South, particularly within the French Empire. Yet, a few served in France, such as Yale-trained doctor George H. Jackson (La Rochelle 1898-1908; Cognac 1908-1914), where attitudes about race were more welcoming than other parts of Europe and the United States.

A Rendez-vous With History

What was it like to have a front row seat to the Great War’s first months? One hundred years ago, U.S. diplomats, citizens, and journalists in France had a rendez-vous with history. Duties multiplied exponentially overnight, volunteerism fueled multiple relief and medical aid efforts, and reporters overcame obstacles to file news reports from the field. These encounters with danger, deprivation, and drama provide unique accounts of the tragedy’s first acts.

The U.S. Embassy in Paris was a beehive of activity as the conflict rapidly spread after July 28, 1914. Despite U.S. neutrality, it was all-hands-on-deck at the chancellery at 5, rue de Chaillot. Thousands of Americans, vacationing tourists and expatriates alike, had to be transported home via French ports. Most required assistance acquiring food, lodging, and money for French banks refused to cash travelers checks or issue currency during the war’s first weeks. Even wealthy American travelers were rendered temporarily penniless.

Office of the Historian WW1 "Who's Who" Tumblr series

Department of State - Office of the Historian/ WWI pages