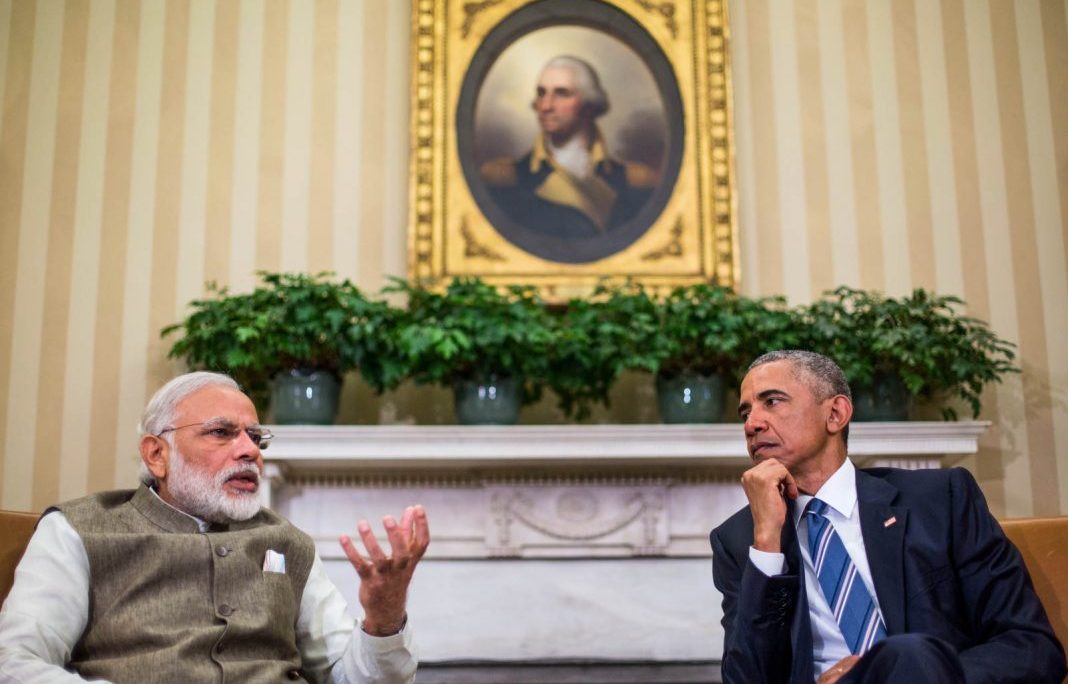 President Obama listens as Indian Prime Minister Narendra Modi speaks to media during their meeting in the Oval Office of the White House on June 7, 2016. (© AP Images)

President Obama and Indian Prime Minister Narendra Modi have forged a special relationship since their first meeting in 2014 — one that includes a particular interest in clean energy and climate change.

That bond was on display when Obama hosted the prime minister of the world’s largest democracy at the White House on June 7.

The meeting is the seventh between the two heads of state and probably Modi’s last in Washington before Obama’s second term as president ends in January.

In the last two years, Obama and Modi have worked out a partnership on clean energy — including nuclear energy — and climate, involving 15 programs. Some highlights:

Obama and Modi hit it off when the two leaders met in Washington in September 2014, shortly after Modi was elected prime minister. During a spontaneous trip to the Martin Luther King Jr. Memorial, the two connected over the ideals shared by King and Indian civil rights leader Mohandas Gandhi.

The warmth between the leaders came out in a bear hug on the tarmac in New Delhi where,  in January 2015, Obama became the first U.S. president at India’s Republic Day festivities.

“A strong bond of friendship exists between the two countries,” said President Obama, recalling fond memories of his 2015 trip to India.

“We are working shoulder to shoulder,” Modi said, speaking to the press at their June 7 meeting.

On June 8, Modi will be only the fifth Indian prime minister to address a special joint meeting of the U.S. Congress, speaking before the U.S. House of Representatives and Senate.