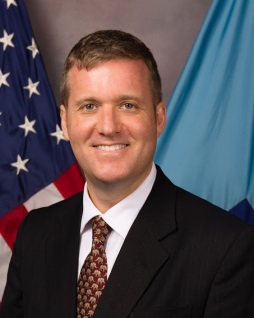 Simon Hankinson grew up in Princeton, New Jersey.  He earned an MA from St. Andrews (Scotland) in 1991 and a law degree from the College of Law, London, in 1994.  He worked for a London law firm, then taught History, Drama, and English at private schools in New Jersey and Florida until entering the Foreign Service in 1999.  Simon’s Foreign Service tours were as a Consular/Political officer in Delhi (2000-2002), as a consular officer in Suva (2002-2004), as Deputy Consul in Accra, Ghana (2004-2007), as Consul in Bratislava (2008-2011), and as Deputy Chief of Mission in Lome, Togo (2011-2014). From 2014-2015 he was a Counterterrorism Fellow at National Defense University in Washington, where he earned an MA in International Security Affairs. He then worked as Senior Coordinator for Strategic Planning in the Visa Office of the Bureau of Consular Affairs in Washington.

He has served as U.S. Consul General in Marseille, France since July 2017.