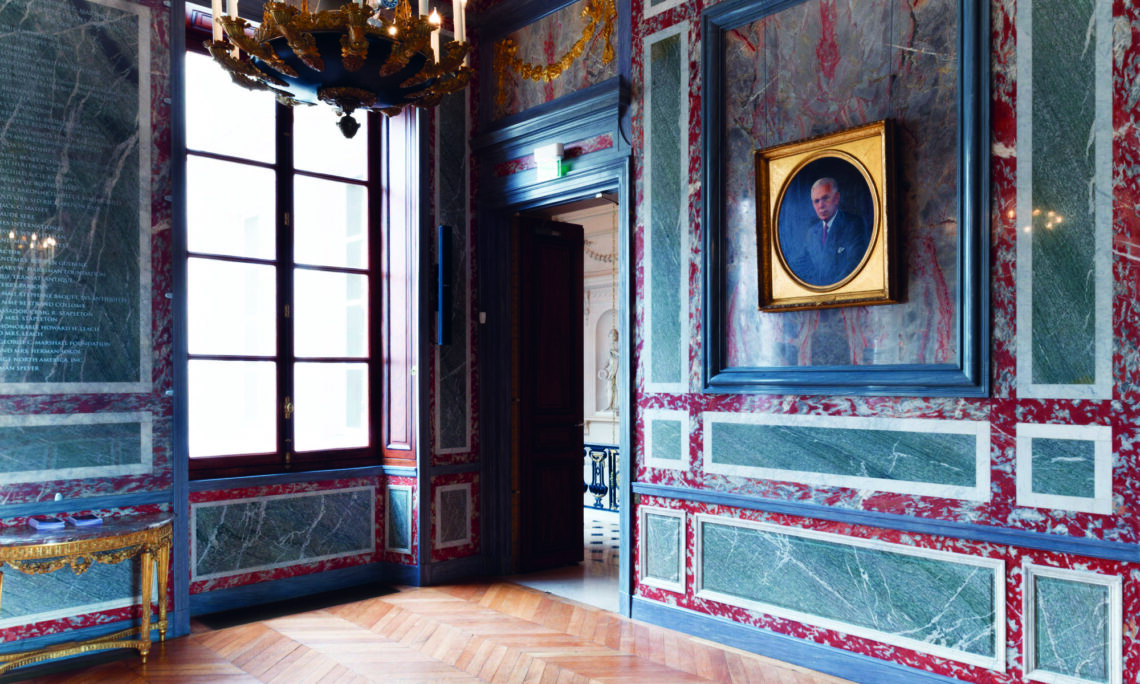 This antechamber honors the European Recovery Program, better known as the Marshall Plan.

This antechamber served as a dining room at the time of Saint-Florentin and of Talleyrand. It had a sober décor, as did the two other antechambers. The walls were covered with wood panels. The flooring was made of black and white stone.

In the 19th century, the decoration was considerably modified and enriched to house the Rothschilds’ impressive collection of paintings by Peter Paul Rubens. The wood panels covering the walls were replaced by a décor of fabric and gilded ornaments. A new pier glass and four haut-relief over-doors representing the four seasons were also added. The room’s original fireplace, and later stove, were removed. Finally, as in the two other antechambers, the stone floors were replaced by a parquet floor.

The Rothschilds did not use this antechamber for dining. They used the dining rooms now referred to as the Rothschild Dining Room and the Grand Dining Room, which are part of the building extension which they commissioned in the late 1860s.

The décor as it appears today draws from the 19th century. The rich crimson fabric that decorates the walls was woven by Tassinari & Chatel in a workshop in Lyon