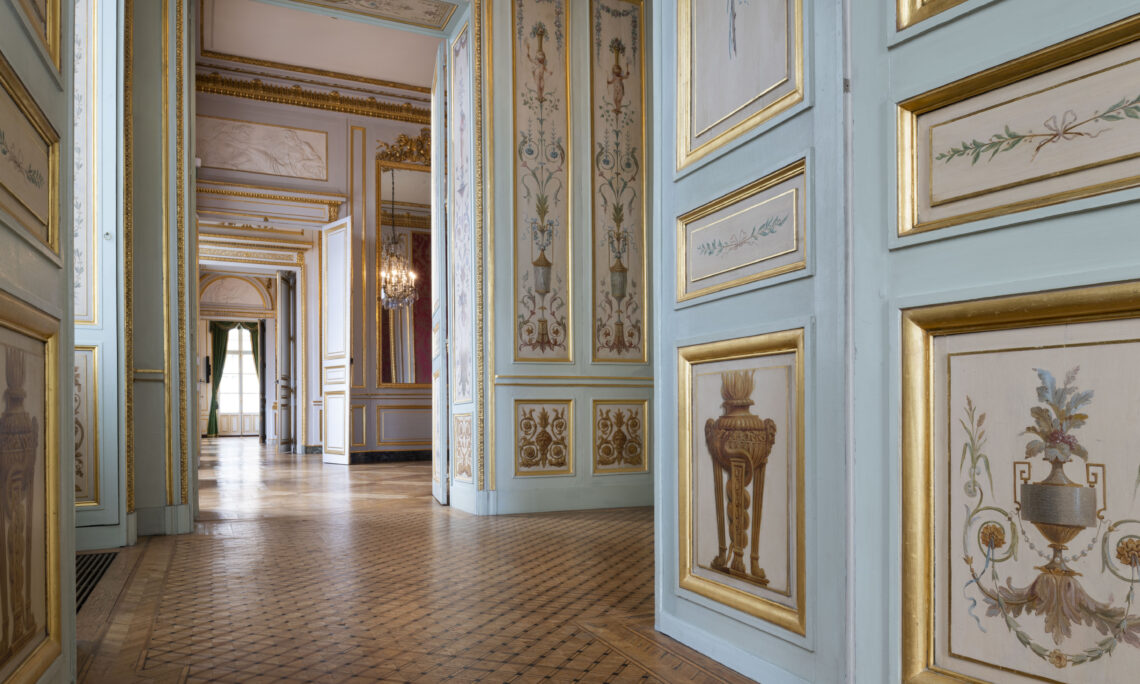 Before the extension of the building by the Rothschild family, this small room stood at the end of the diplomatic salons. This room was designed as a boudoir adjoining the State Bedroom to be used as a dressing room or bathroom cabinet. It was originally known as the “Cabinet de Robert,” because it contained painted wood panels by renowned artist Hubert Robert, who was best-known for his scenes of antique ruins. These panels, showing views of Italy, were removed after Saint-Florentin’s death in 1777, and their current location is unknown. Originally, this room also had a mantelpiece carved from “blanc statuaire” marble, which was placed under the pier glass.

The décor was changed in the 19th century, when the room was converted to a transitional space between the original 18th century portion of the building and the Rothschild addition. The current wood panels date from the 18th century; additional panels were copied to match in the 19th century. The floor is laid out in an exquisite marquetry parquet composed of patterns of six varieties of colored wood. Only minor repairs were made during restoration.

There is a hidden door, where a plaque has been placed recognizing the oral account of Baron Guy de Rothschild (who was the son of last owner Edouard-Alphonse de Rothschild). He described a staircase in this room that he and his sisters would take to reach their bedrooms after dinner. Although the staircase had been long forgotten, thanks to his memories, the door was rediscovered. He also described such events as Charles Lindbergh’s landing at Le Bourget Field in Paris in 1927 after his historic first transatlantic flight, which coincidently interrupted Guy’s eighteenth birthday party. He also recalled the day the Nazis marched up the Rue de Rivoli in 1940