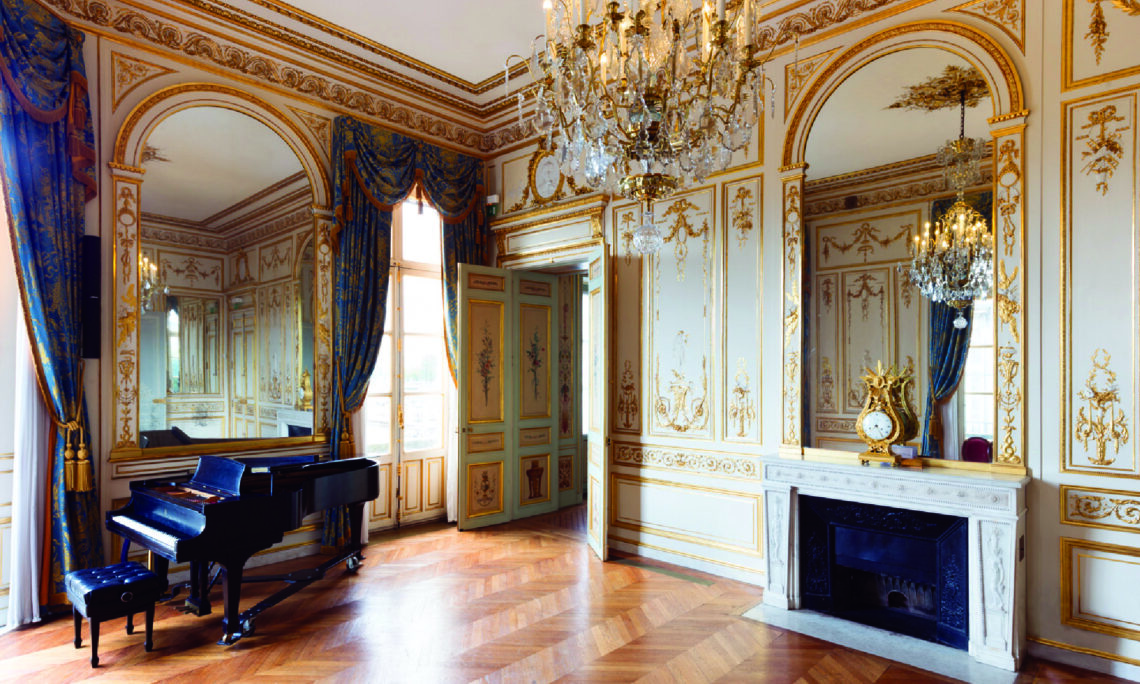 This room, like the adjoining Grand Dining Room, is part of the extension built for the Rothschild family. The décor, in the Louis XVI revival style of the Second Empire, was created by Léon Ohnet and Emile Petit.

The décor was conceived to highlight the collection of magnificent late 18th century panels carved in bas-relief. Four of these panels illustrate the four seasons and were augmented with stucco and “carton-pierre.” The other panels are decorated with musical instruments and theater masks. These sculptures are extremely delicate and require a special sort of gilding known as “gilding à la grecque,” which is a water-based process; 19th century oil-based gilding was used throughout the rest of the room.

The mantelpiece, which is carved from Carrara marble, is a beautiful example of late 19th century decorative work. The lyre-shaped Louis XVI ormolu (or gilt bronze) mantel clock plays upon the musical décor of the room. The curtains were woven by Tassinari & Chatel in a workshop in Lyon