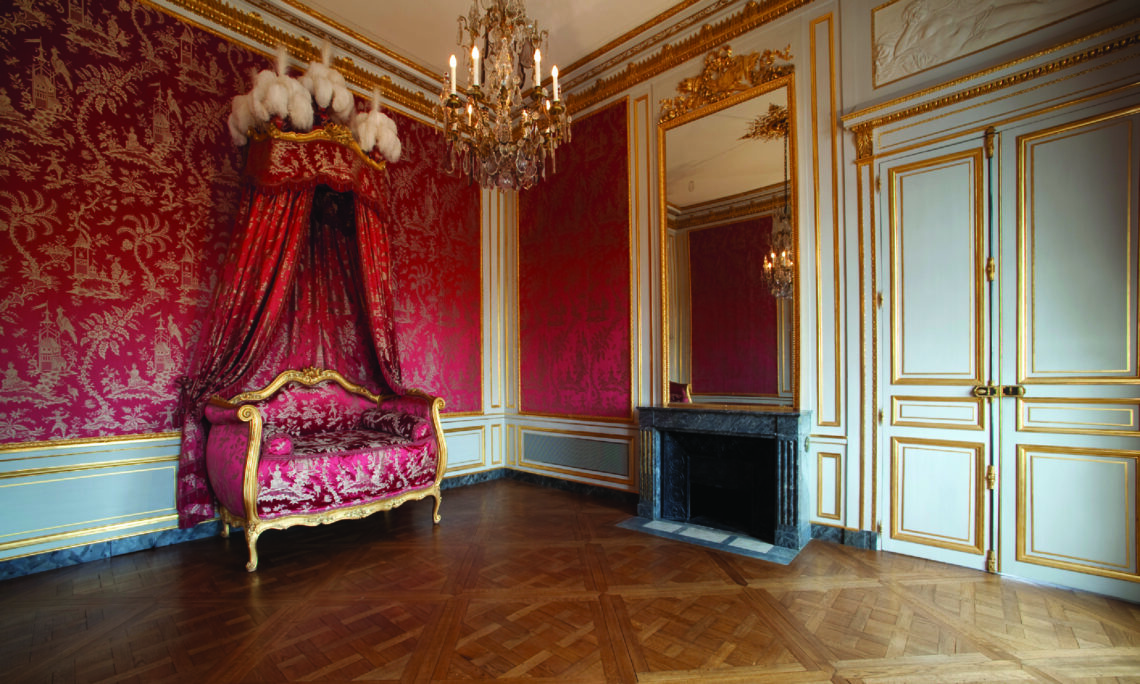 As the bedroom of the diplomatic salons, this room was reserved, in the 18th century, for only the highest-ranking visitors, and served as a representational bedroom.

This room has been restored to its 18th century splendor. Chalgrin designed every detail, including the length of the curtains. The main decorative element was the rich fabric décor. A stunning lampas crimson and gold silk covers the walls and drapes the windows and bed. The “chinoiserie” pattern of the silk reflects the interest in the “exotic” and “oriental” that existed in the latter half of the 18th century, as Europe started to trade with the Far East. The fabric was re-created and woven on a loom by Tassinari & Chatel in a workshop in Lyon. The passementerie tassels, braids and fringes were created by Declerq Passementiers.

The giltwood “à la turque” bed, created circa 1770, is made of carved and gilt walnut. The mattress is made of straw, silk, cotton and goose feather down. The canopy is surmounted by white egret and ostrich feathers. The bed is similar in style to the one described in the 1777 inventory made at the time of Saint-Florentin’s death.

The sculpted ornaments above the pier glasses are original, apart from some moderate restoration. The two stucco bas-relief over-doors represent Diana and Andymion, as well as a nymph and a satyr. These characters were often associated with the theme of sleep in 18th century decorative works.