Home Page d'accueil | News & Events | They did it! Pilots complete their flight around the world in a solar plane 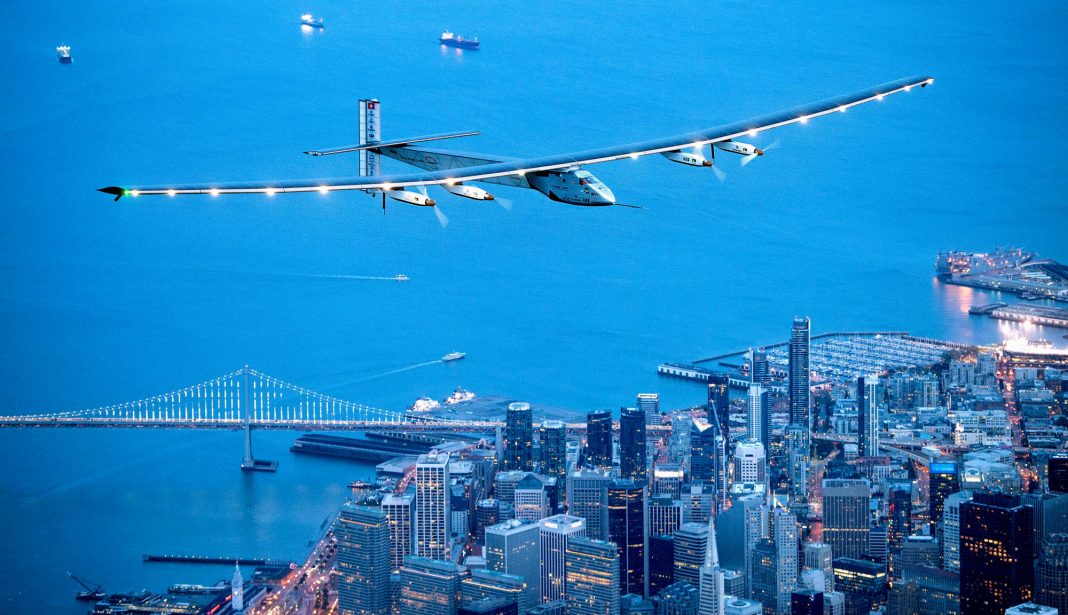 The world's first round-the-world flight to be powered solely by the sun's energy made history July 26 as it landed in Abu Dhabi, United Arab Emirates. (© AP Images)

Solar Impulse 2, an aircraft powered only by the sun’s rays, touched down in Abu Dhabi on July 26 to complete its history-making flight around the world.

After landing the plane, pilot Bertrand Piccard was greeted outside the cockpit by his Solar Impulse partner and fellow Swiss pilot André Borschberg. They hugged and pumped their fists in the air.

“The future is clean. The future is you. The future is now. Let’s take it further,” Piccard said, speaking through a microphone to applause and cheers from a crowd that included Prince Albert of Monaco.

Piccard and the project’s co-founder, Borschberg, took turns flying Solar Impulse 2 after departing from the United Arab Emirates in March 2015 to begin their 35,000-kilometer journey around the Earth. The plane can carry only one pilot, and not a drop of aviation fuel.

Piccard says circling the world in the pioneering aircraft is both an adventure and a project that can lead to a better world: “If we want to protect the environment, if we want to fight climate change … if we want to give access to energy to the poorest people in the world, to the most remote villages, we need renewable energy.”

Flying from Japan to Hawaii, Piccard witnessed environmental tragedy. Over the Great Pacific Garbage Patch, he saw plastic garbage trapped in ocean currents “as big as a continent.”

Solar Impulse 2, built of lightweight materials, is an enormous but slender aircraft. Its wingspan is wider than that of a Boeing 747 jumbo jet, but the entire plane weighs less than 2,300 kilograms, including 17,000 solar cells that convert sunlight into electrical energy.

The energy is stored in lithium batteries, which allows the plane to keep flying during the night. Because it flies so slowly — only 10 to 15 percent as fast as a jetliner, or near top speed for an ordinary car — it must stay aloft for days on end to cover long distances.