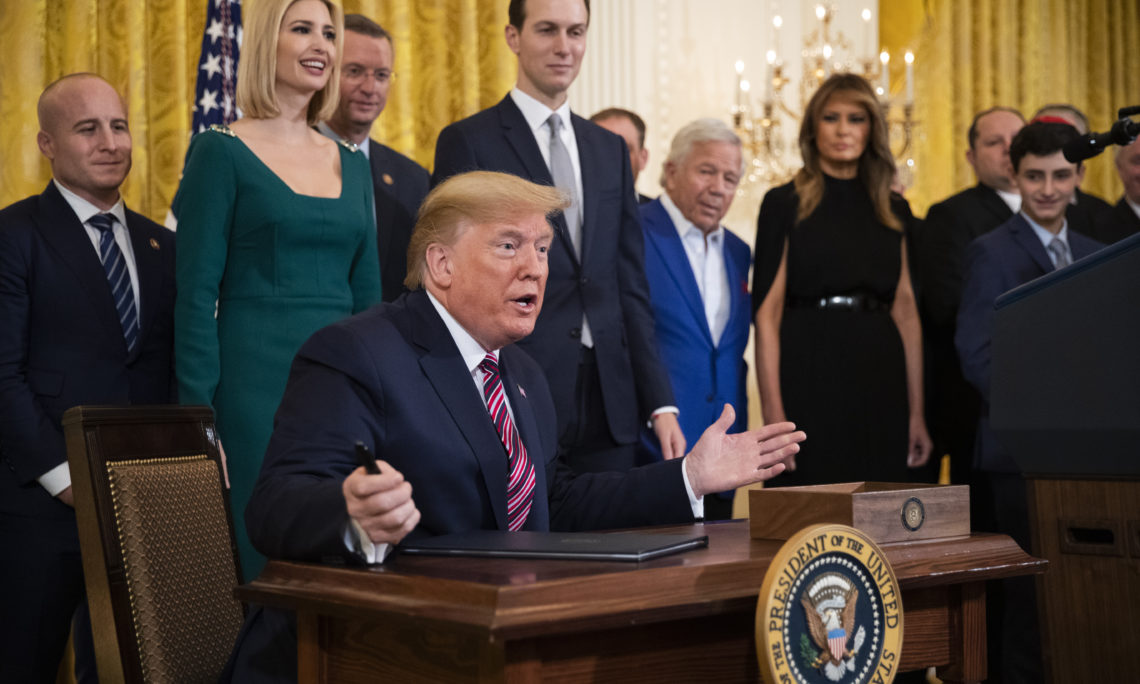 President Donald Trump gestures before signing an executive order targeting what his administration says is growing anti-Semitism on U.S. college campuses during a Hanukkah reception in the East Room of the White House in Washington on Wednesday, Dec. 11, 2019. (AP Photo/Manuel Balce Ceneta)

“The vile, hate-filled poison of anti-Semitism must be condemned and confronted everywhere and anywhere it appears.“

COMBATING ANTI-SEMITISM: President Donald J. Trump is issuing an Executive Order to further the fight against the rise of anti-Semitism in the United States.

CONFRONTING RISING HATE: In recent years, Americans have witnessed a disturbing rise of anti-Semitic incidents and rhetoric across the country.
TAKING ACTION: President Trump and his Administration have repeatedly taken action to combat hate and support the Jewish community.