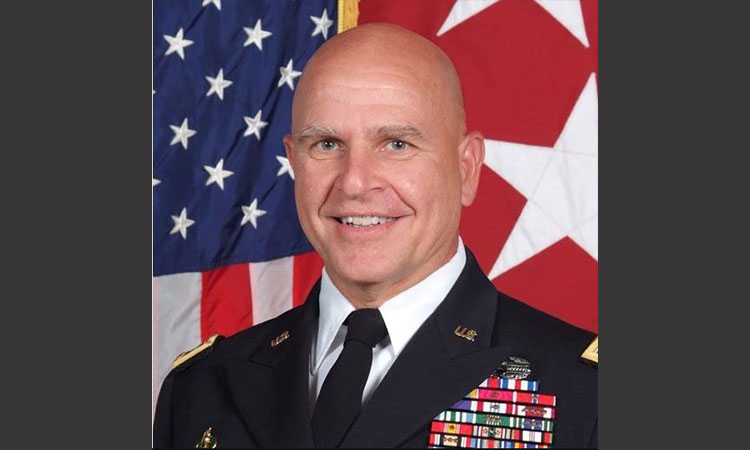 THE WHITE HOUSE
Office of the Press Secretary
February 20, 2017

Donald J. Trump on Monday announced the appointment of Lieutenant General Herbert Raymond “H.R.” McMaster to serve as Assistant to the President for National Security Affairs.

General McMaster is a graduate of West Point and received a Ph.D from the University of North Carolina at Chapel Hill. During more than three decades of service in the United States Army, he has played key roles in Operation Iraqi Freedom, Operation Enduring Freedom, and as a Captain in the Battle of 73 Easting during the Gulf War. General McMaster earned the Silver Star for his valor during the Gulf War. Prior to accepting the President’s appointment, he served as Director of the Army Capabilities Integration Center and as Deputy Commanding General, Futures at the U.S. Army Training and Doctrine Command.

“General McMaster has served with distinction in the United States Army for over three decades and will now bring that tremendous experience to his new post as my National Security Advisor,” said President Trump. “My first duty as President is to keep the American people safe. General McMaster has the knowledge and foresight necessary to provide me with expert advice as we work to protect America’s interests at home and abroad. I am pleased to welcome him to our team.”

“I am honored to serve as President Trump’s National Security Advisor,” General McMaster said. “The safety of the American people and the security of the American homeland are our top priorities. I will work tirelessly in this new role to assist the President as he addresses the complex and growing threats our country is facing around the globe.”