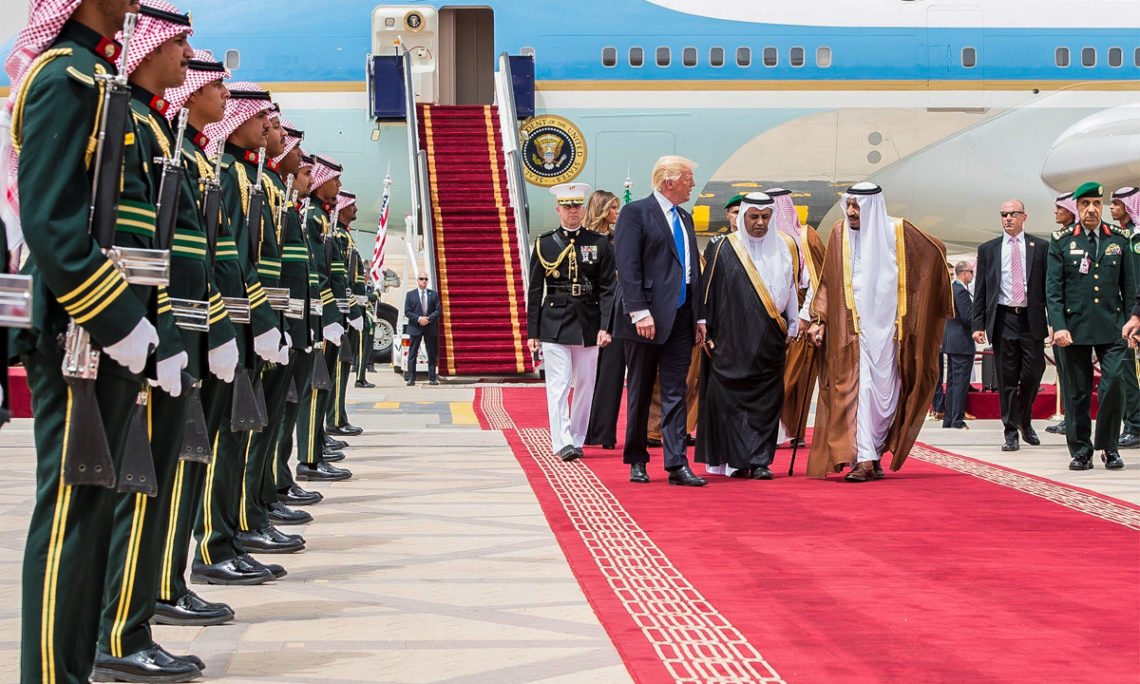 President Trump will embark this Friday, May 19th, on a nine-day trip that will take him to Riyadh, Jerusalem, Rome, Brussels, and Taormina.

The visit to Saudi Arabia will reaffirm the strong partnership between the United States and Saudi Arabia and allow the leaders to discuss issues of strategic concern, including efforts to defeat terrorist groups and discredit radical ideologies. He will also meet with GCC leaders and, separately, with the leaders of over 50 countries with Muslim populations to lay out his vision for defeating terrorism.

In Israel, President Trump will meet with President Rivlin and Prime Minister Netanyahu to discuss a range of regional issues, including the need to counter the threats posed by Iran and its proxies, and by ISIS and other terrorist groups.  They will also discuss ways to advance a genuine and lasting peace between the Israelis and Palestinians.

President Trump and President Abbas will discuss ways to advance peace between the Israelis and Palestinians, as well as efforts to unlock the potential of the Palestinian economy.

From Rome, the President will continue on to Brussels for the NATO summit and meetings with EU and Belgian leaders.

Finally, President Trump will participate in the G-7 Summit in Taormina hosted by the Italian President of the Council of Ministers Gentiloni.