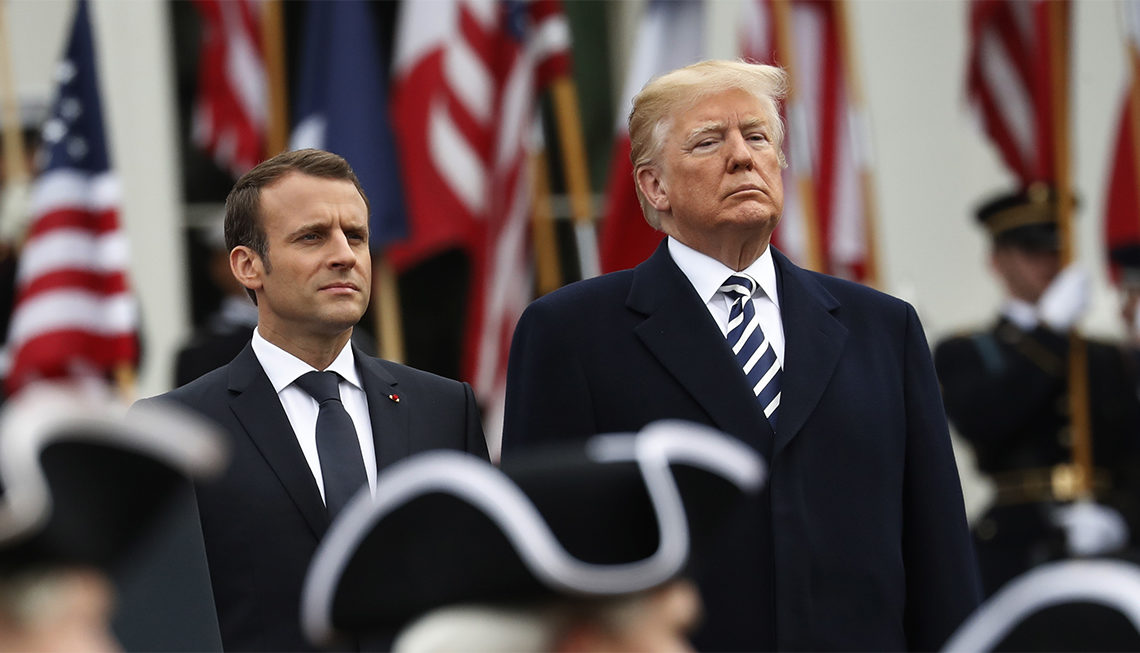 As French President Emmanuel Macron arrived April 23 as the first guest of President Trump for an official state visit, the two countries’ centuries-old friendship was on display.

Born in democratic revolutions, France and the United States have built an enduring relationship.

“It is truly fitting that we are holding our first official state visit with the leader of America’s oldest ally, the proud nation of France,” the president said upon Macron’s arrival. President Trump has hosted numerous foreign leaders in Washington, including Canadian Prime Minister Justin Trudeau and British Prime Minister Theresa May, but this marks the administration’s first ceremonial state visit.

Trump has called the U.S.-France relationship “unbreakable.” It was on display as Trump and Macron, accompanied by their wives, Melania and Brigitte, met on the South Lawn of the White House to honor the two countries’ shared sacrifices during World War I. Macron offered a sapling of a European sessile oak from the site of the Battle of Belleau Wood. A century ago, in a nearly monthlong battle on French soil, U.S. Marines and Allied forces threw back a major German offensive. Thousands died in the cause of freedom.

“This oak tree will be a reminder at the White House of these ties that bind us,” Macron said.

“Ever since General Lafayette joined the American fight for independence, our fates and fortunes have been tied unequivocally together,” Trump said during a July 2017 visit to France.

The two presidents’ families have developed personal bonds. Fondly remembering a couples dinner the Trumps and Macrons shared in the Eiffel Tower in 2017, Trump hosted a similar, intimate dinner April 23 at the Mount Vernon estate.

Macron returned to the White House April 24, where he joined Trump for a welcome ceremony and meetings. Among the topics on the agenda:

The Trumps will host the French delegation for an official state dinner at the White House on April 24. A state dinner, rich with ceremony and tradition, honors international leaders and pays homage to American customs.

Macron will address the U.S. Congress on April 25 before his return to Paris. “This state visit is very important for our people,” Macron said after arriving in Washington.