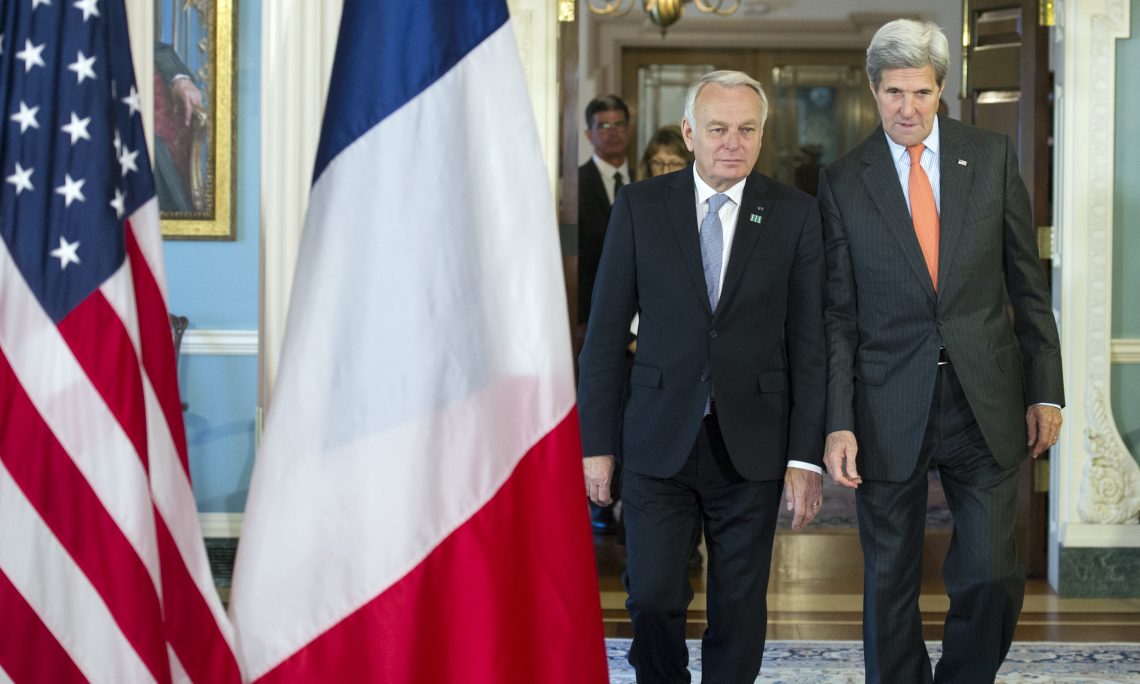 SECRETARY KERRY: Good morning, everybody. I am very happy to welcome my friend Jean-Marc Ayrault, the foreign minister of France. And I want to begin by expressing yet again the deep sympathy and condolence of the United States of America for Nice, for 83 lives lost, including three Americans, but more – France has had more than its share of terrible, horrible moments of acts of terrorism over the course of the last year. And France has been one of the strongest and most important leaders in the counterterrorism fight on an international basis. We’re deeply appreciative of France’s commitment, of France’s leadership, not just on that, but on the Joint Comprehensive Plan of Action with Iran, on our efforts in Afghanistan, our efforts for peace in Syria.

FOREIGN MINISTER AYRAULT: Thank you very much, John. It’s a pleasure to see John Kerry again here in Washington. We have many occasion to speak and work together. And to first say – the first – my first words are for the American victims of this terrible attack in Nice, three American who died. It’s a very big tragedy for all people who fight for liberty and for freedom and democracy.

And we are – I believe we are the best friends, between France and America, United States of America. It’s a long story, but this friendship must continue. We have responsibility together to fight against terrorism. (Inaudible) the meeting from today. We must do more for peace, for – I think in Syria and Iraq, in the Middle East, in Israel, Palestine, Libya, all over the world. And we have to fight together, to strengthen our friendship, and this is the occasion to say here in Washington my involvement, my engagement in name of France.

Thank you very much, John.

SECRETARY KERRY: Thank you, my friend. Those are very strong words, and as everybody knows, France is our oldest ally, one of our strongest allies, and Jean-Marc and I are becoming very good friends and enjoy working together.