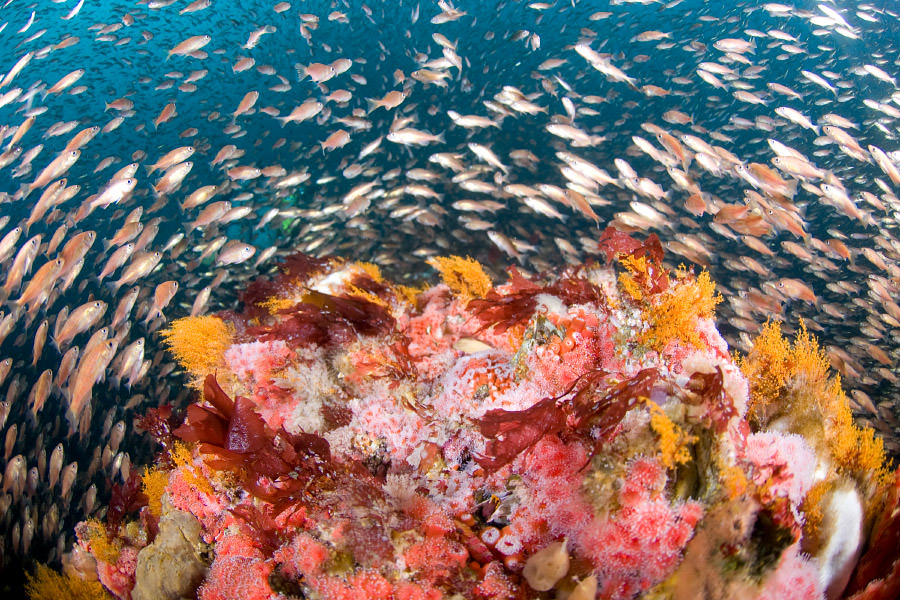 Fish swarm in the Cordell Bank sanctuary off the northern California coast. (NOAA/Joe Hoyt)
The science is clear. Diminished, depleted stocks of fish and other marine life can recover in a protected habitat.

That’s why creating additional protected areas is a priority for nations participating in Our Ocean, One Future, a conference to be hosted by the U.S. Department of State from September 15 to 16.

U.S. marine sanctuaries protect natural and cultural features while allowing people to use and enjoy the ocean in sustainable ways. The United States has expanded marine protection areas in its territorial waters recently, including:

Besides the sanctuaries noted here, the United States maintains a broader network of reserves, parks and wildlife refuges in coastal and island areas.

Here are some things you can do to support a marine sanctuary near you.