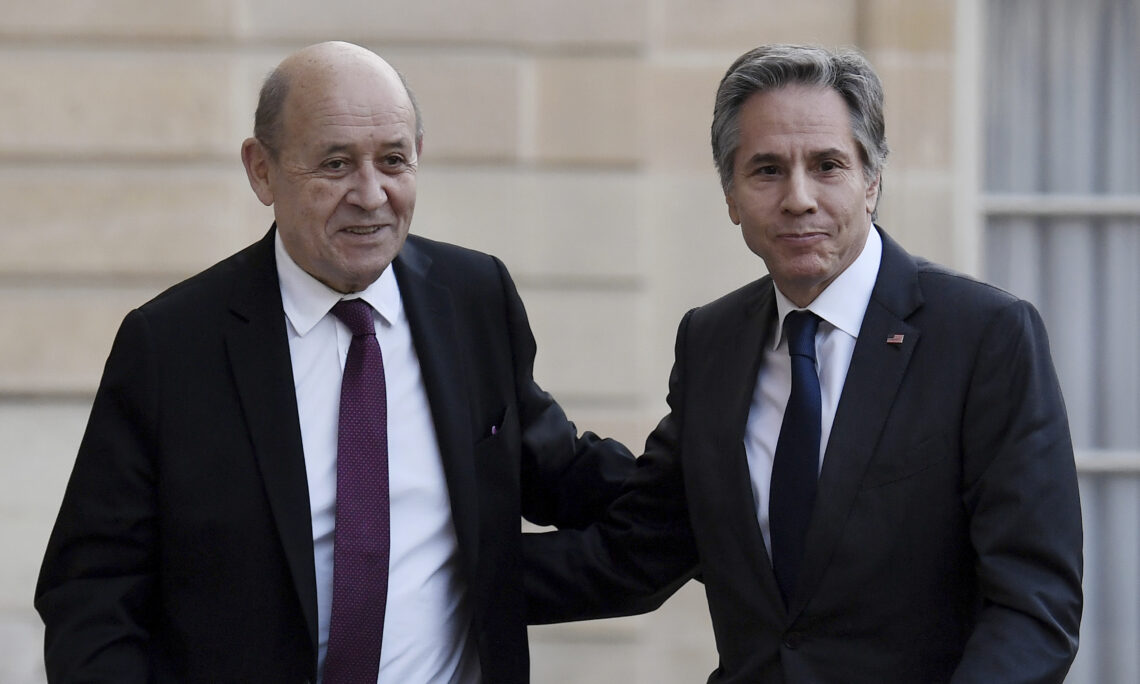 READOUT
OFFICE OF THE SPOKESPERSON

Secretary of State Antony J. Blinken spoke today with French Foreign Minister Jean-Yves Le Drian to congratulate the French people on their successful election on April 24 and to welcome continued close cooperation and strong ties with President Macron.  The two discussed providing more security assistance to Ukraine’s armed forces as they resist the Russian government’s brutal and unprovoked invasion and additional measures to hold President Putin and his regime accountable.  The Secretary and Foreign Minister also discussed intensifying support for both North Macedonia and Albania on their EU accession paths.