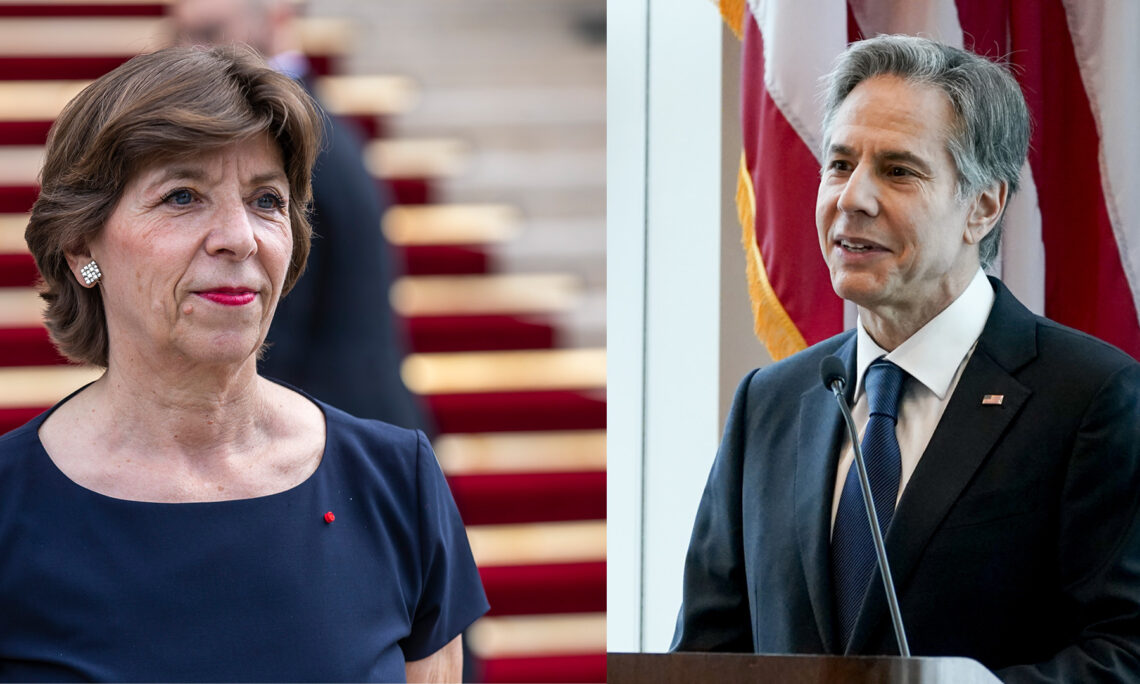 READOUT
OFFICE OF THE SPOKESPERSON
MAY 22, 2022

Secretary of State Antony J. Blinken spoke today with French Minister for Europe and Foreign Affairs Catherine Colonna to congratulate her on her appointment and discuss some of the pressing global issues the United States and France are confronting together.  The Secretary and Foreign Minister Colonna agreed on the importance of continuing steadfast support to Ukraine and maintaining significant costs to President Putin for his war of choice.  They discussed steps the United States and France could take together to support EU accession paths for countries that qualify for membership.  They touched upon the NATO Alliance, including how best to support Finland and Sweden’s bids to join NATO and key issues ahead of the Madrid summit.  Both agreed on the need to respond to the urgent food security and nutrition needs of millions of people in vulnerable situations around the world, which have been exacerbated by Russia’s continued brutal war in Ukraine.  They also discussed the importance of moving forward on the global minimum tax to end the race to the bottom on corporate taxes and lay the groundwork for increased investment and growth.