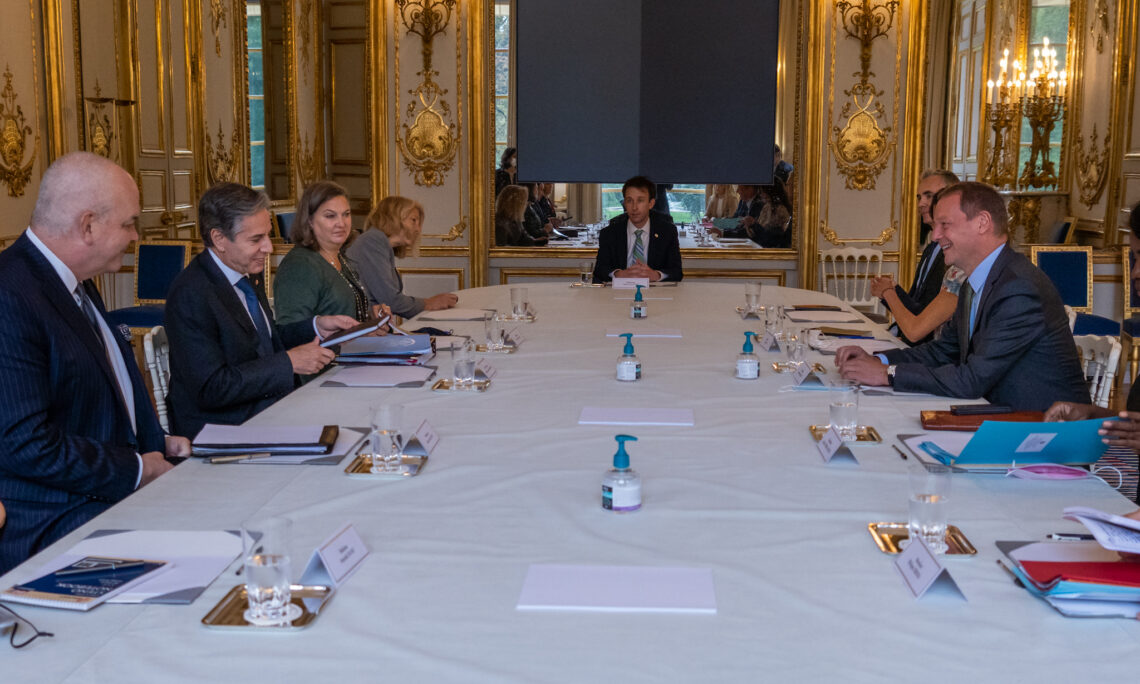 READOUT
OFFICE OF THE SPOKESPERSON
OCTOBER 5, 2021

Secretary of State Antony J. Blinken met French Diplomatic Advisor to the President Emmanuel Bonne today in Paris. Secretary Blinken and Ambassador Bonne noted the productive phone call between President Biden and French President Macron on September 22 and discussed the way forward in the U.S.-French bilateral relationship. They discussed cooperation on key strategic security areas, including in the Indo-Pacific, the Sahel region, and Afghanistan. They also discussed enhancing the U.S.-EU relationship, including during France’s upcoming EU presidency, the NATO Alliance, and U.S. support for European security.