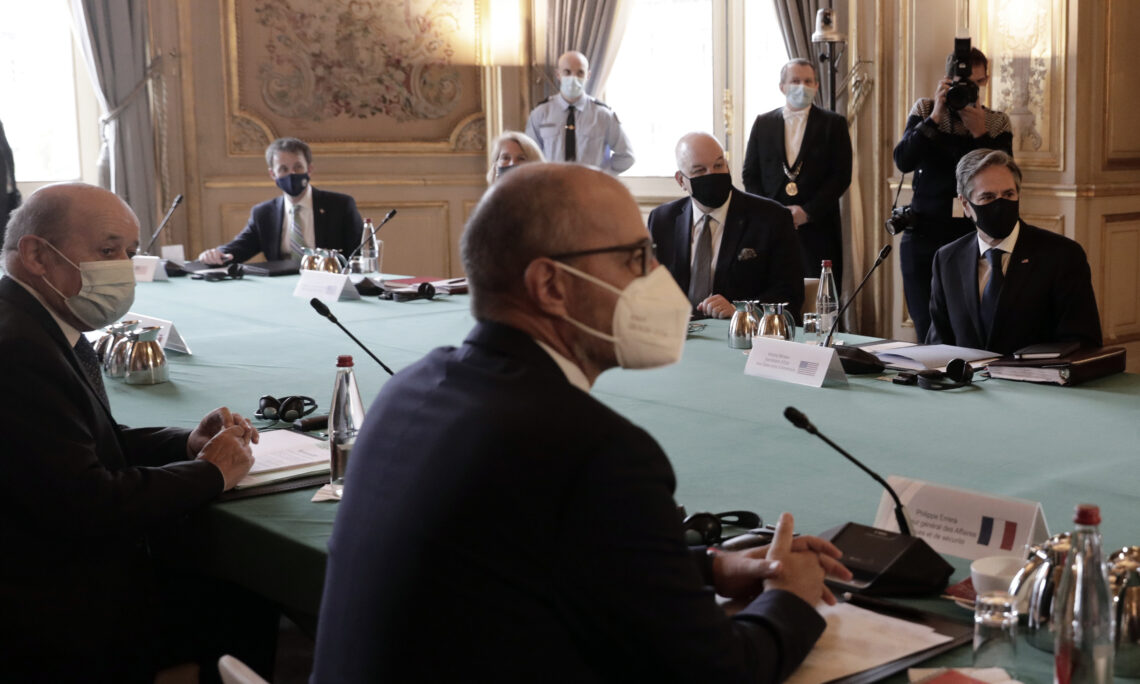 READOUT
OFFICE OF THE SPOKESPERSON
OCTOBER 5, 2021

Secretary of State Antony J. Blinken met French Foreign Minister Jean-Yves Le Drian in Paris today. Secretary Blinken and Foreign Minister Le Drian agreed to close consultations, as President Biden and French President Macron agreed in their September 22 phone call. They also agreed to remain in close contact on Afghanistan and discussed the importance of holding the Taliban to its commitments. They discussed areas of cooperation and close coordination, including in the Indo-Pacific and the Sahel region. Both highlighted the importance of U.S.-EU cooperation during France’s upcoming presidency of the Council of the European Union, strengthening the NATO Alliance, U.S. support for European security, the climate crisis, and the need for success at COP26.