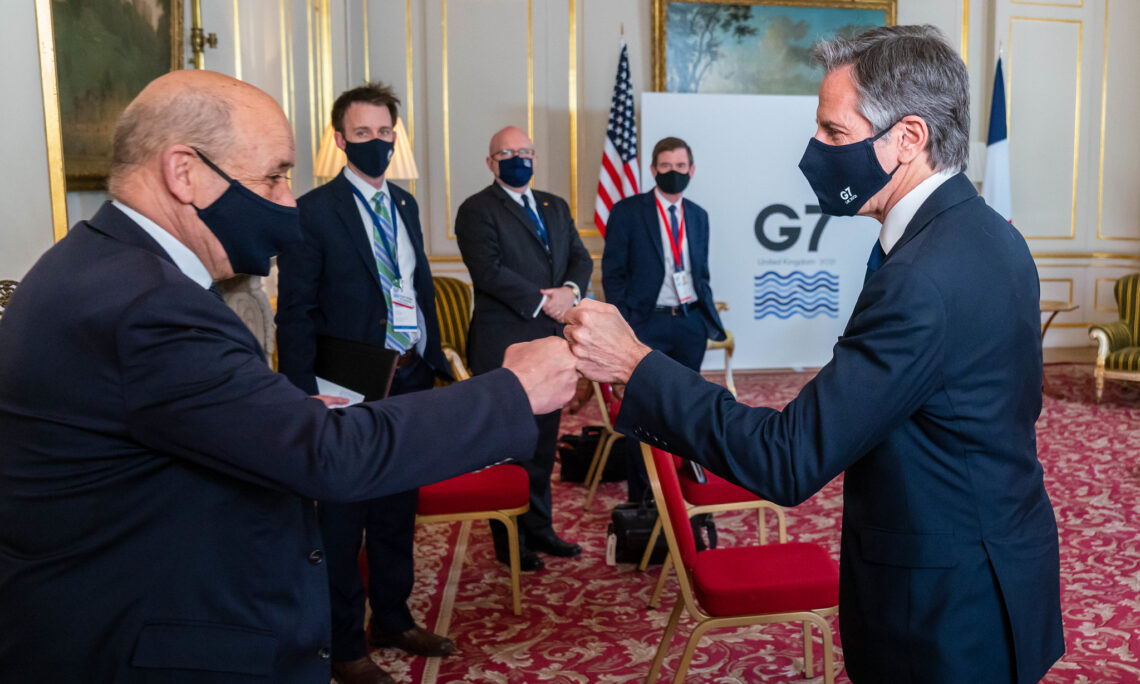 Office of the Spokesperson

Secretary of State Antony J. Blinken met today with French Minister for Europe and Foreign Affairs Jean-Yves Le Drian in London on the margins of the G7 Ministerial. Secretary Blinken and Foreign Minister Le Drian discussed long-term security and the need for a democratic transition in Chad following the passing of President Déby. The Secretary and Foreign Minister also affirmed unwavering U.S. and French support for Ukraine’s sovereignty and agreed to monitor closely Russia’s aggression against Ukraine. Both leaders committed to supporting a peaceful resolution to the conflict in Cameroon and expressed concern over the lack of movement on reforms critical to Lebanese stability.