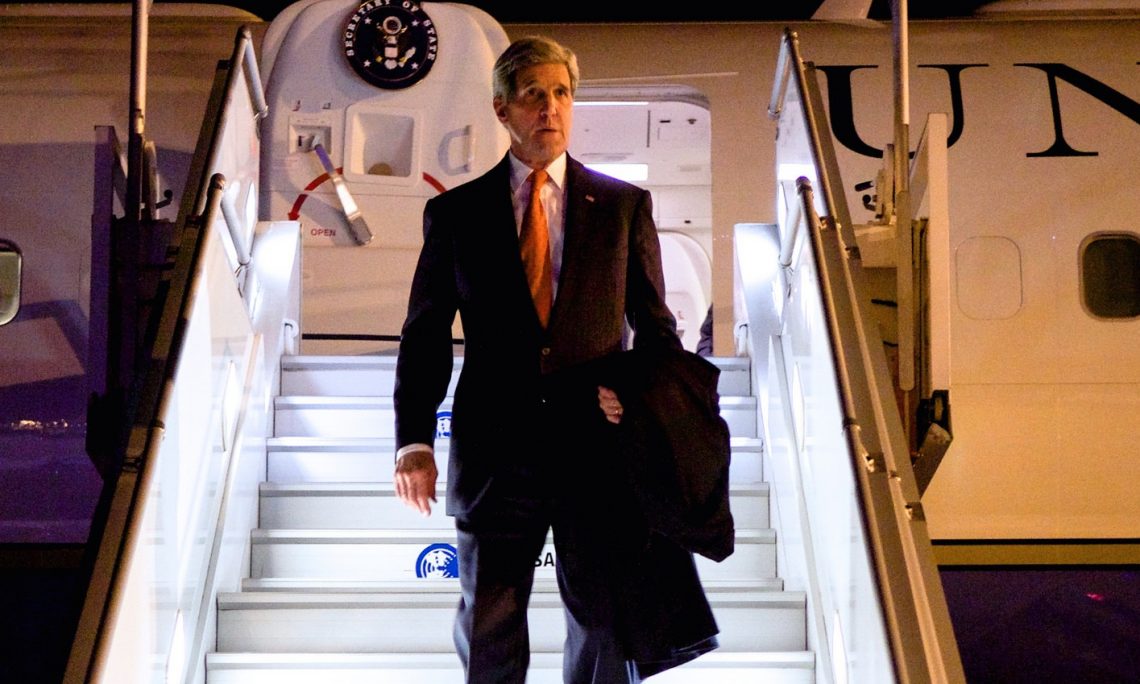 U.S. Secretary of State John Kerry disembarks from his plane after arriving in Paris, France on November 4, 2014, for a trip to France,

U.S. Secretary of State John Kerry will travel to Vienna, Austria, on July 22 to join EPA Administrator Gina McCarthy and the U.S. Delegation in Vienna for the first day of high-level talks at the Extraordinary Meeting of the Parties to the Montreal Protocol.

The meeting is aimed at making progress on a hydrofluorocarbon (HFC) phasedown amendment for adoption later this year. Achieving such an amendment would build upon the climate change success achieved last year in Paris, and is one of the most consequential and cost-effective actions the global community can take this year to combat climate change.

Secretary Kerry will then travel to Paris, France, from July 22 to meet with Palestinian Authority President Mahmoud Abbas to discuss ongoing efforts to advance a two state solution.

The Secretary will travel to Vientiane, Laos, from July 25-26 to participate in the ASEAN Regional Forum, the East Asia Summit Foreign Ministers Meeting, the ASEAN-U.S. Ministerial Meeting, and the Lower Mekong Initiative Ministerial Meeting. At these ASEAN meetings the Secretary will discuss the region’s security architecture and shared transnational challenges including maritime security, Illegal, Unregulated and Unreported fishing, the denuclearization of the Korean Peninsula, and the South China Sea.

Next, Secretary Kerry will visit Manila, Philippines, from July 26-27, where he will meet with President Rodrigo Duterte and Secretary of Foreign Affairs Perfecto Yasay to discuss the full range of our cooperation with the new administration.

Stay connected: http://blogs.state.gov/social-feeds and keep track of all of the Secretary’s travels at:http://www.state.gov/secretary/travel/index.htm