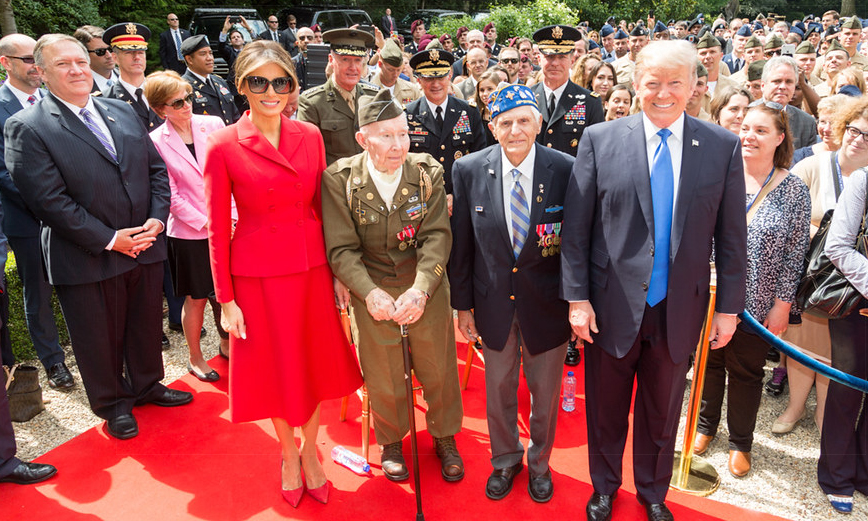 President Trump and First Lady Melania Trump pose with World War II veterans at a welcoming event at the residence of the U.S. ambassador in Paris, on July 13, 2017. (Official White House Photo by Shealah Craighead)

President Donald J. Trump and First Lady Melania Trump accepted the invitation of Her Royal Majesty Queen Elizabeth II to visit the United Kingdom from June 3 to 5, 2019. This state visit will reaffirm the steadfast and special relationship between the United States and the United Kingdom. In addition to meeting the Queen, the President will participate in a bilateral meeting with Prime Minister Theresa May. While in the United Kingdom, the President and First Lady will attend a ceremony in Portsmouth to commemorate the 75th Anniversary of D-Day, at one of the primary embarkation sites for the Allied operation that led to the liberation of Europe during World War II.