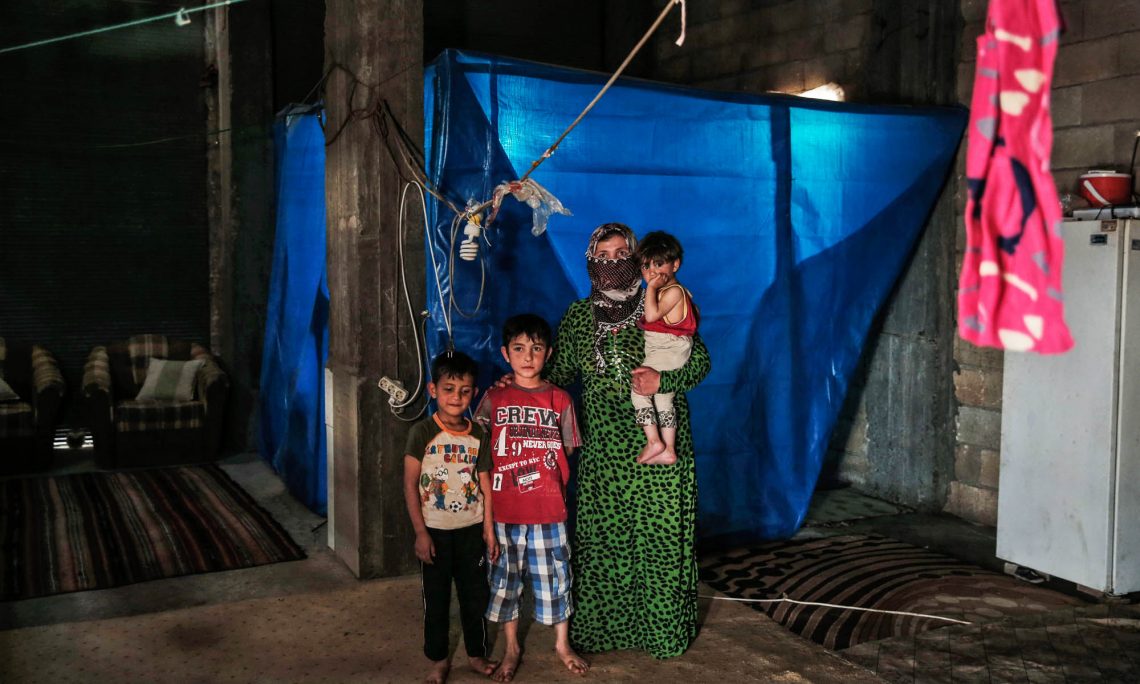 Syrian refugee Huda al-Ali with her three children, ages 2, 6 and 9, in Gaziantep, Turkey, in May. (© AP Images)

The United States is closing in on its goal of welcoming 10,000 refugees from war-torn Syria by the end of September.

President Obama set that target last September. The pace accelerated in late spring and summer as more refugees passed stringent security checks and other requirements and were cleared for admission.

More than 8,500 people who fled violence and persecution in Syria have been resettled in the United States since October 1, 2015. In the prior 12 months, the U.S. admitted 1,682 Syrian refugees. The State Department’s Refugee Processing Center says half of this year’s refugees are under the age of 14.

The pace quickened after the State Department created a center in Amman, Jordan, in February to speed the application process. Each refugee is interviewed in person by U.S. immigration officers.

It normally can take 18 to 24 months for a refugee to complete an application, including a medical exam and security checks, but the center in Amman sharply reduced that time. The U.S. Department of Homeland Security officers in three months interviewed 12,000 applicants referred by the United Nations High Commissioner for Refugees.

The State Department also added staff at its resettlement support center in Nairobi to handle applications from refugees in sub-Saharan Africa, and to the center in Istanbul that deals with applicants in Turkey and Lebanon.

More than 2,000 Syrian refugees entered in both June and July.

More refugees are resettled in the United States than any other country. Almost 61,000 refugees from all parts of the world have entered the U.S. since last October.

The U.N. High Commissioner for Refugees estimates that 4.8 million Syrians have fled to Turkey, Lebanon, Jordan, Egypt and Iraq. The office says 6.6 million have been displaced within Syria. Almost 1 million Syrians are seeking asylum in Europe.

President Obama will host a summit of world leaders September 20 in New York in conjunction with the U.N. General Assembly to fashion a more humane and coordinated approach to helping the tens of millions of refugees and migrants adrift in the world.