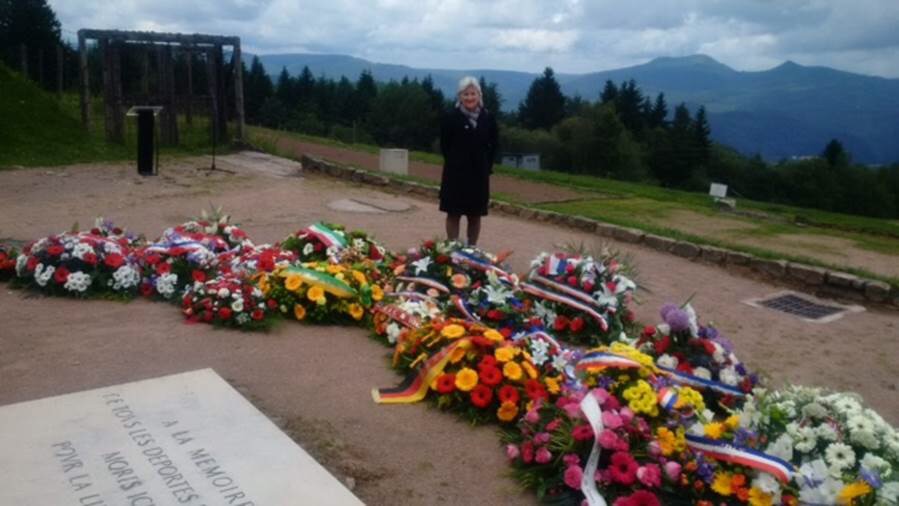 French Secretary of State for Veterans Affairs Jean-Marc Todeschini led the annual remembrance ceremony at the sole Nazi concentration camp on French soil June 26 at Strutof-Natzwiller west of Strasbourg in the Vosges mountains.  U.S. Consul General Amy Westling represented the United States, joining other members of the consular and diplomatic corps including representatives from Germany, Norway, the Netherlands, Poland, Israel, and Italy, and laid a wreath in honor of the camp’s victims.  A total 22,000 Roma, Jews, homosexuals, French resistance fighters, and Dutch and Norwegians citizens died at the work camp either from exhaustion, starvation, or in the camp’s gas chamber.  When U.S. forces discovered the camp in September 1944, the Nazis, fearing the allied advance, had already evacuated its prisoners on a forced march eastward.