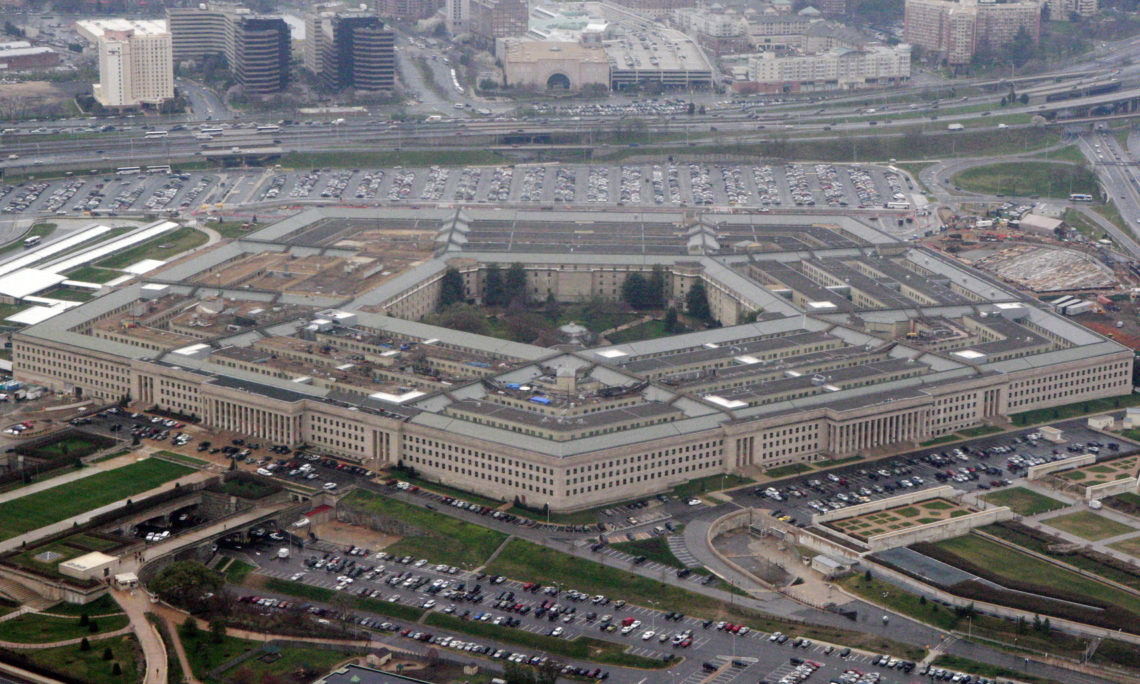 The Pentagon is seen in this aerial view in Washington. (AP Photo/Charles Dharapak)

Statement From Assistant to the Secretary of Defense Jonathan Hoffman

The five targets include three KH locations in Iraq and two in Syria. These locations included weapon storage facilities and command and control locations that KH uses to plan and execute attacks on OIR coalition forces.

Recent KH strikes included a 30-plus rocket attack on an Iraqi base near Kirkuk that resulted in the death of a U.S. citizen and injured four U.S. service members and two members of the Iraqi Security Forces (ISF).

KH has a strong linkage with Iran’s Quds Force and has repeatedly received lethal aid and other support from Iran that it has used to attack OIR coalition forces.

The OIR coalition is in Iraq at the invitation of the Iraqi government to ensure the lasting defeat of ISIS and provide advice and assistance to the ISF. The U.S. and its coalition partners fully respect Iraqi sovereignty, and support a strong and independent Iraq. The U.S., however, will not be deterred from exercising its right of self-defense.

It is important to note that KH attacks have also injured multiple members of the ISF. Secretary Esper and Prime Minister Mahdi have shared with each other their commitment to see these KH attacks on ISF and OIR forces cease once and for all.

Iran and their KH proxy forces must cease their attacks on U.S. and coalition forces, and respect Iraq’s sovereignty, to prevent additional defensive actions by U.S. forces.