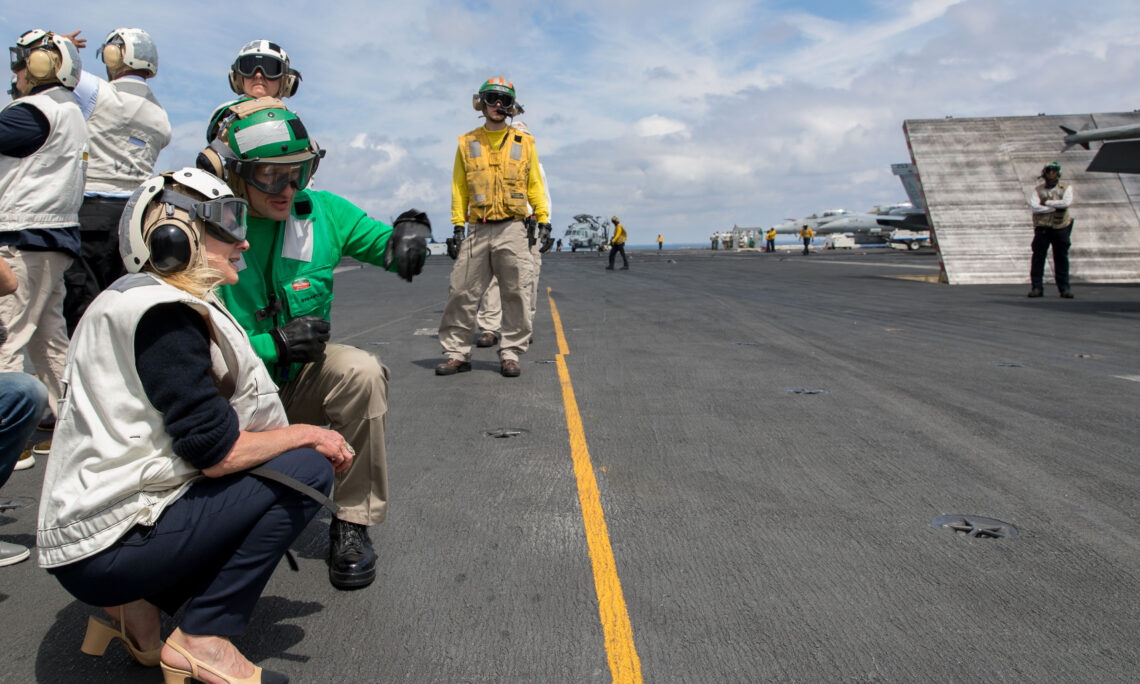 The US Navy aircraft carrier USS Truman conducted training with U.S. and French pilots off the coast of Lorient, France as part of the U.S. Navy’s strong partnership with the French Navy. Ambassador McCourt flew to the USS Truman to meet with the leadership and crew of the ship, as well as with senior French Ministry of Armed Forces officials present. Ambassador McCourt also toured the ship and observed flight operations with both U.S. and French fighters.