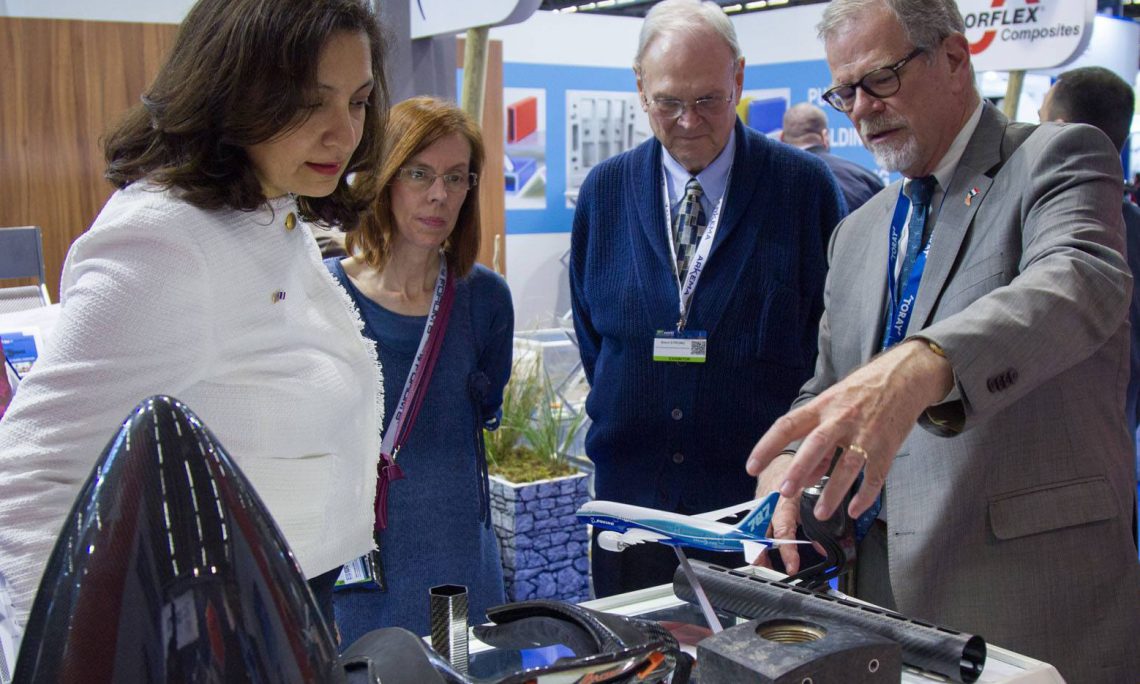 Mrs Uzra Zeya, Chargé d ‘Affaires at the United States Embassy in Paris, visited the US Pavilion at #JECWorld2017, the most important composite material trade show in the world. The Commercial Department of the US Embassy in Paris set up the U.S. Pavilion, which hosted 41 different businesses from 15 States. This was the opportunity to meet several companies, especially the leaders of Concordia Fibers participating to this major event every year since 2013.

A highly innovative company based in Rhode Island, Concordia Fibers produces a wide range of synthetic filament intended for multiple uses, ranging from aerospace structures to sport articles such as tennis rackets.
Concordia Fibers is an example of the strength of the trade relations between the United States and France. At the end of last year, Concordia Fibers opened a factory at Commercy, in France, an investment of 8 million euros which is expected to create 40 jobs by 2020.