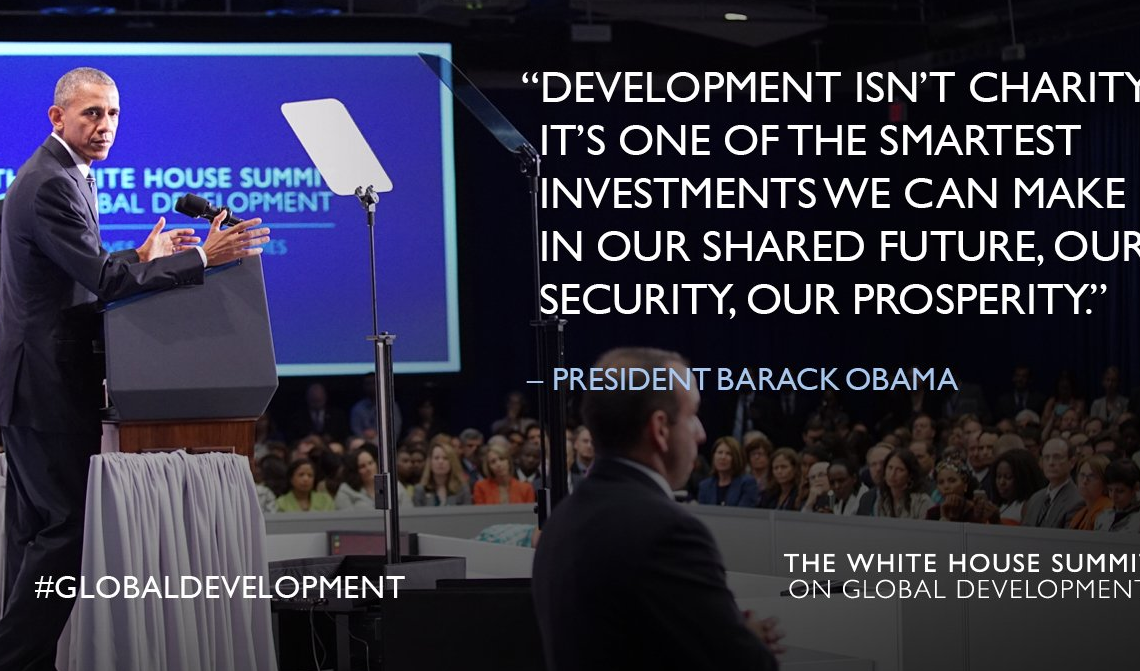 When the European Union stepped up its inspections of imported crops, small farmers growing beans and peas in Kenya took a hit. Most of the produce Kenya exports is grown on small plots of land, and Kenya’s horticultural exports were cut in half.

That’s where Feed the Future, a U.S. initiative to fight world hunger, entered the picture. It helped Kenya develop a national system to trace vegetables from field to market and certify that they are free of pesticides. Satisfied with the Kenyans’ own safeguards, the EU lifted restrictions, and the Kenyan exports shot back up.

So did Joseline Ntinyari’s livelihood. “I have learned how to prepare my farm and ensure my produce is clean and free from pesticides,” she says. “The income I receive helps pay my children’s school fees.”

In the 1950s and 1960s, the U.S. approach to dealing with world hunger was to ship surplus crops overseas. With an eye toward preventing food riots and instability, the program was called Food for Peace.

Peace is still a goal, but tactics have changed. President Obama’s Feed the Future initiative concentrates on helping countries’ farmers grow more abundant and nutritious food for themselves.

The president on July 20 signed the Global Food Security Act, which ensures the Feed the Future program will keep going after the White House changes hands next January and that it will have $1 billion to spend in both 2017 and 2018. It also renews other federal initiatives to fight poverty.

“Today we reaffirm our belief that in the 21st century, no child should go to bed hungry,” Obama told the White House Summit on Global Development. The audience of 800 international development leaders, financiers, entrepreneurs, diplomats and civil society leaders erupted in cheers when Obama said he had just signed the bill.

One person in 9 on the planet goes hungry. Early in his presidency, Obama partnered with other world leaders to intensify efforts to combat chronic hunger. The United States contributed $3.5 billion, and other Group of Eight countries spent $18.5 billion over three years. Together that stemmed “the tide of global hunger, poverty and malnutrition,” Obama said.

Feed the Future concentrates on 19 countries in Africa, Asia, Latin America and the Caribbean. Last year alone it helped boost the incomes of 9 million small farmers — many of them women — and, in conjunction with the U.S. Global Health Initiative, helped 18 million children get healthier food to eat.

The U.S. invests for humanitarian reasons and to keep the world a safer place. “Spikes in food prices can plunge millions into poverty and hunger, as well as spark riots,” says National Security Advisor Susan Rice. “Reducing malnutrition and hunger around the world advances international peace and security.”