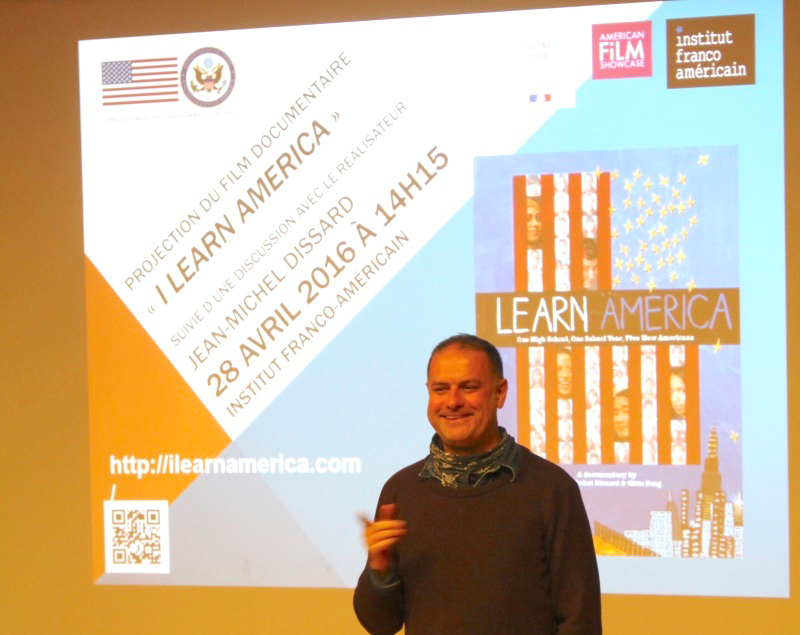 April 28 and 29, 2016 the U.S. Consulate for Western France hosted director Jean-Michel Dissard for a series of workshops and screenings of his documentary film “I Learn America.” Organized in cooperation with the Board of Education and the Franco-American Institute, the program included five middle and high schools and nearly 300 students. Mr. Dissard encouraged the students to share their personal stories with their classmates, just like the five students featured in his film.