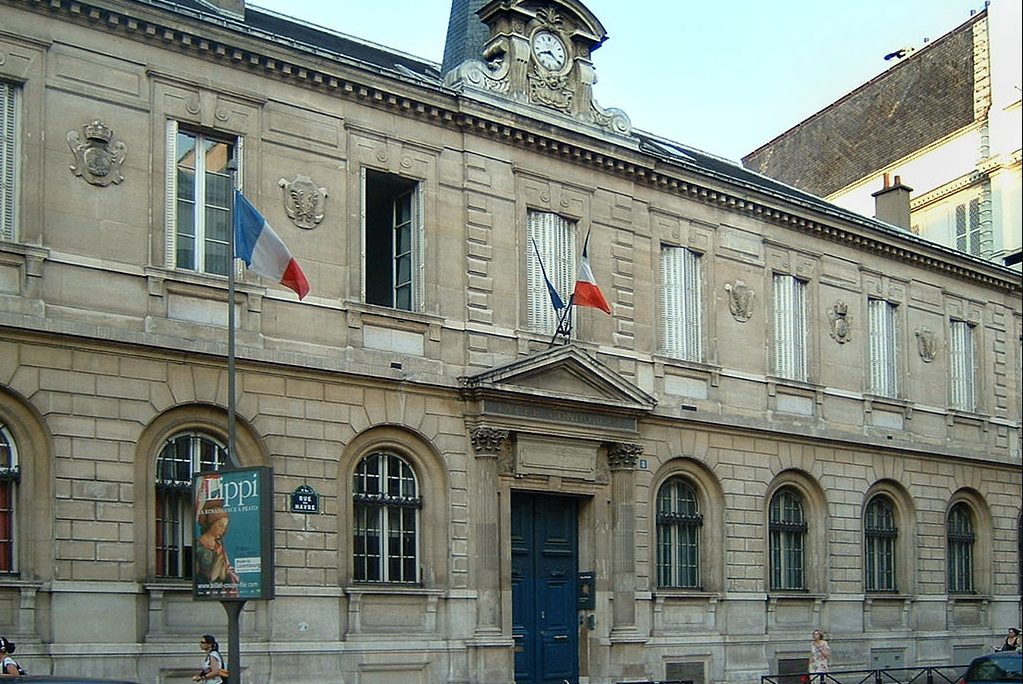 France entered into a state of war with Germany at 6:45pm on August 3, 1914. That evening the German Ambassador to France, Baron Wilhelm von Schoen, departed the country. As previously arranged, responsibility to care for German subjects in France, many of who were on vacation, fell to the U.S. Embassy and Ambassador Myron T. Herrick.
The stranded Germans were in a delicate situation as events “caught them like rats in a trap and exposed them to the doubtful fate of being lost in an enemy’s country during war time.”[1]
They flocked to the U.S. Embassy by the hundreds for assistance and protection. Embassy attaché Eric Fisher Wood described the chaos on the building’s ground floor, which was converted into an “impromptu German Embassy,” and noted “German women sank down in corners of the halls or on the stairs, weeping for joy to have found a haven of refuge.”[2]
The work was strenuous, and Wood found that “each day is now a haze of Germans and their troubles.”[3] The Germans marooned in France required food, lodging, protection, and papers from the French police. Embassy officials gave each German a few francs with which to purchase food, and Herrick organized temporary lodging at the Lycée Condorcet in rue du Havre. The school was “a great barn of a place” and was guarded by a police squad who only granted entrance to those who obtained a requisite certificate from the embassy.[4]
After Austria-Hungary went to war with France on August 10, embassy employees and volunteers added Austro-Hungarian subjects to their roster of charges. The German and Austro-Hungarian civilians were removed and interned in one of 12 detention camps established throughout France by August 21.[5]