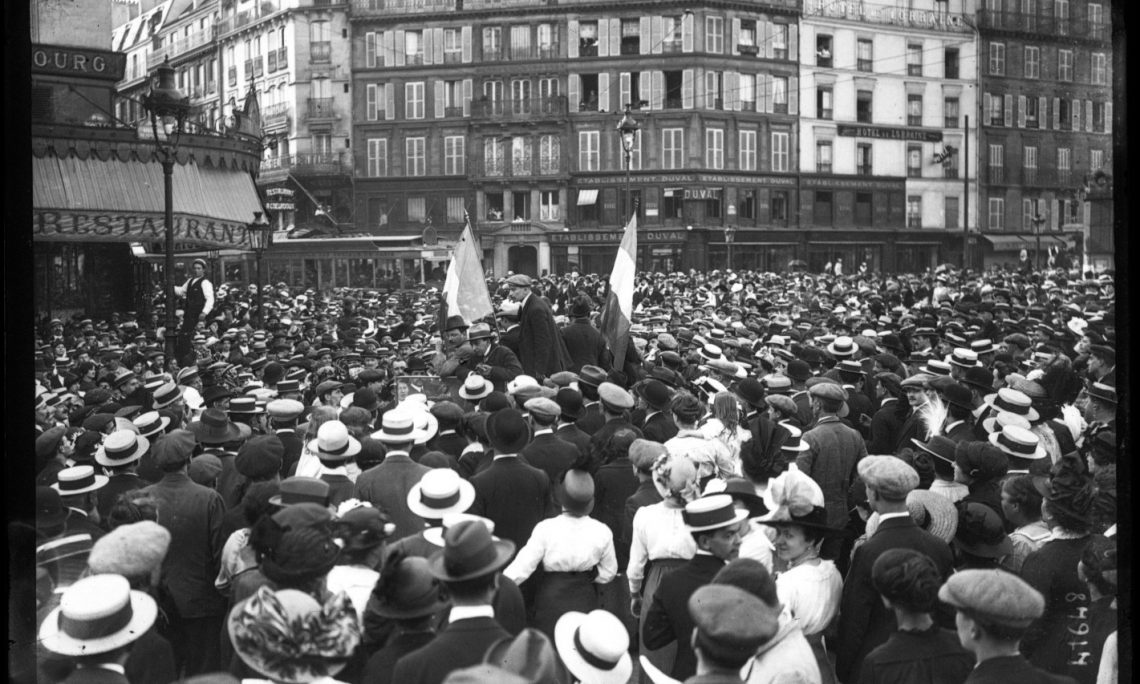 Crowd escorting French soldiers, gare de l'Est (Paris), during the mobilization, at the beginning of WWI, on august 3, 1914. BNF Gallica

What would you do without your croissant? “No more fancy bread!” Food regulations & mobilization August 1914


Orders for general French mobilization were issued on Saturday August 1, 1914. On the evening of August 3, France entered into a state of war with Germany. Ambassador Myron T. Herrick telephoned René Viviani at the Quai d’Orsay around 6:15pm that afternoon and relayed that German Ambassador Baron Wilhelm von Schoen asked Herrick to take over German interests in France.[1] Martial law was subsequently proclaimed.
Elizabeth Dryden, who lived in Paris for nearly a decade prior to the war’s outbreak, wrote that the morning after mobilization orders were issued, the entire city of Paris was charged with activity. “People were hurrying,” she noted in her diary, “so I thought I must be in New York.”[2]
People adjusted to the new rhythm of life. The race track at Auteuil was converted into a cow pasture, and sheep en route to the eastern-bound train stations were a common sight. While fruits and vegetables were in decent supply, government officials put restrictions on certain commodities. By August 8, the government regulated the milk industry and by August 12 grains and flours were controlled. American journalist William J. Guard bemoaned,
“No more fancy bread! The police stopped that. No more of those delicious croissants and crisp rolls that we enjoy so much with our early morning coffee. The making of them means waste of flour, butter, and milk. The only bread to be had is just common ordinary bread.”[3]