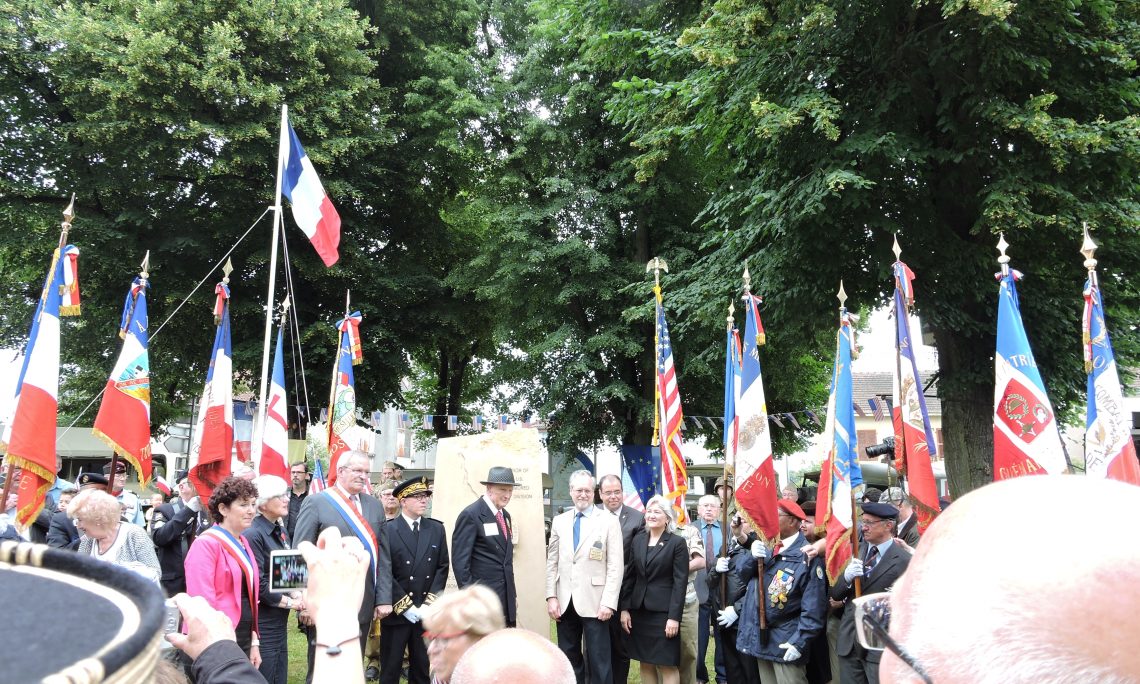 On June 25, U.S. Consul General Westling laid a wreath and spoke at the inauguration of a monument in Malling, Lorraine honoring the U.S. Army 10th Armored “Tiger” Division and its role in crossing the Moselle river to push back Nazi troops and liberate the town located near the France-Luxembourg border in 1944.  91-year old WWII U.S. veteran Alfred Taylor of Arkansas was the commemoration’s guest of honor joining descendants and family members of other veterans of the “Tigers.”  Helen Patton, the granddaughter of WWII General George S. Patton Jr. also participated in the ceremony and wreath-laying.  Sous Prefet Thierry Bonnet, resident in Thionville attended and spoke at the “vin d’honneur” following the inauguration with CG Westling as did French Member of Parliament Patrick Weiten.  WWII memory organization Moselle River Association 1944 sponsored the monument and the commemoration.