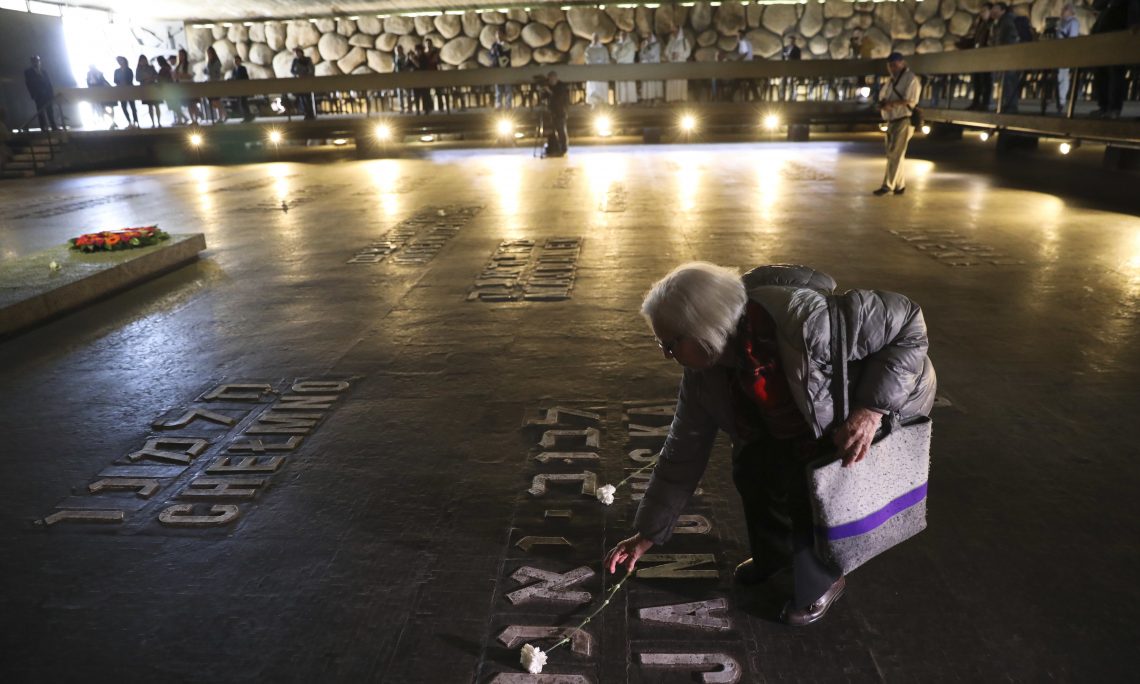 A woman lays a flower at the Yad Vashem Holocaust memorial on remembrance day, in Jerusalem, Monday, April 24, 2017. Israel is marking its annual Holocaust remembrance day in memory of the 6 million Jews systematically killed by Nazi Germany and its collaborators during World War II. (AP Photo/Dan B

Today on Yom HaShoah – Holocaust Remembrance Day, marking the anniversary of the Warsaw Ghetto uprising – we honor the six million Jews systematically murdered by the Nazis and their collaborators. We also remember all individuals targeted for persecution and death by the Nazis. This year, the State Department hosted an event, along with the Embassies of Lithuania, Japan, and Israel, to honor the memory of Chiune Sugihara, Japanese Consul to Lithuania in 1939-40. Consul Sugihara saved the lives of some 6,000 Jews and others by providing them with transit visas to Japan.

Leo Melamed, a child survivor saved by Consul Sugihara, reminded us during the event that Sugihara knew instinctively that to save lives was “the right thing to do.” Tens of thousands of Jews and others are alive today because Consul Sugihara followed that simple yet incredibly courageous dictum. We are blessed that Holocaust survivors continue to inspire us with their first-hand experiences and to steel our resolve to combat antisemitism and all forms of hatred.